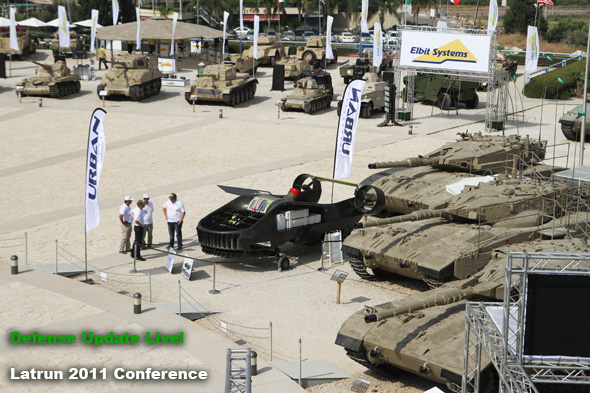 The theme of this year’s event is War’s Changing Environment, with day one focusing on the logistics aspect of warfare and preparedness. Addressing these chalenges, Maj. General Dan Biton, Head of Israel Defense Forces (IDF) logistics branch outlined the changes implemented by the IDF following the 2006 war, which revealed major flaws in the IDF preparedness and logistics support capabilities. MG Biton referred to the challenges Israel’s military is facing, which are inherently different from those faced by armies conducting expeditionary operations far beyond their borders. Since Israel relies on domestic commercial resources to supply its armed forces, in routine and at war, the primary responsibility of the IDF logistics is to supply life sustaining logistics (food, water, electricity, fuels) to the combat units. Stocking ammunition and spare parts is a major responsibility of the military. Maintaining the necessary stocks to sustain combat operations is a major aspect of the logistics operation, and a matter of concern for the corps, addressing the growing ballistic threat of missiles and rockets capable of attacking targets anywhere in Israel with considerable precision.

According to Biton, the IDF Logistics Corps has already taken steps to protect these critical stocks, distributing them through many logistics sites around the country, further protecting vulnerable stocks placed at underground caches. A new organizational formation implemented since 2009 also improved the capability of the division to support combat units. During wartime, battalions will continue to pull supplies from higher echelons, as they do in peacetime, but the logistics array managed in peacetime at the GHQ will be enhanced with the deployment of divisional assets, providing medical, repair and maintenance services in addition to pushing supplies to support the division’s combat units. According to Biton, the re-introduction of divisional logistics units, deactivated in 2002, will enable the division to maintain continuous combat fighting capability over long period, relying on its own assets, backed by GHQ support.