December 2, 2011: Russia has supplied two Bastion coastal missile systems to Syria, concluding a controversial $300 million arms deal inked with the Syrian government four years ago. Russian sources claim the new missile system will “enable Syria to protect its entire coast from a possible seaborne attack”, the delivery of these medium range shore-based anti-ship missile system is taking place as the Syrian regime is extremely unstable. If the Asad regime falls, these weapons could be transferred to his allies – Iranian backed Hezbollah, or fall into the hands of extremist islamic factions fighting the regime. The Bastion battery comprises 18 mobile launchers each carrying two 3M55E Yakhont supersonic cruise missiles capable of striking surface targets on land and at sea at a range of 300 km, with their devastating 200 kg warhead. With these parameters, such missiles could put at risk elements of the Six Fleet patrolling the eastern Mediterranean, as well as Israel navy vessels and Israeli offshore rigs. 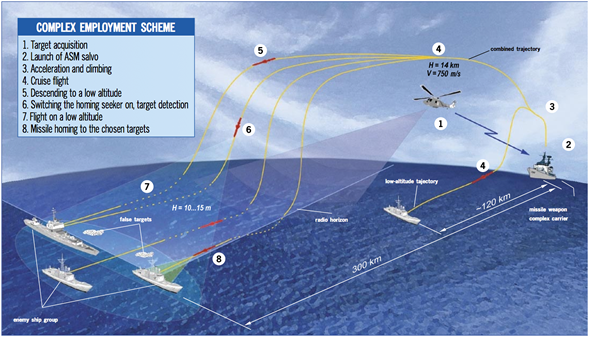