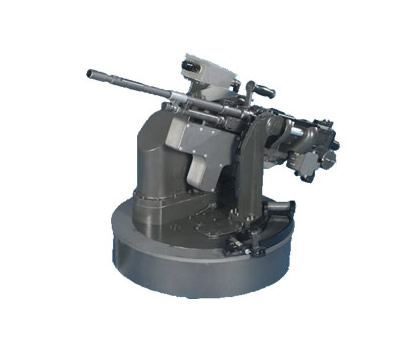 Elbit Systems will deliver Lightweight Weapons Stations (LWS) under two contracts worth US$21 million, from the Israel Ministry of Defense (IMOD) and  to a European Army. Today the company reported an award of a contract valued at approximately $11 million by the Israel Ministry of Defense, for development and initial procurement, as part of an upgrade process of the Israel Defense Forces’ (IDF) lightweight weapons arsenal. These LWS will be delivered over a period of 18-month.

The IDF currently employ the ‘Katlanit’ based on Rafael’s Samson. Initially, the IDF required a lightweight RWS to augment the Merkava main battle tank, but this initiative was shelved for other priorities. Under the follow on initiative, the IDF was looking for a low weight, lower cost system to fit on a wider range of armored vehicles, including Armored Personnel Carriers (APCs) and Armored Fighting Vehicles (AFVs) such as the new Namer, all currently fitted with the Samson. A more compact and light mount will also be suitable for use on a wider range of armor protected vehicles, including patrol vehicles such as the Wolf (Zeev) used for security missions, armored HMMWV and even unmanned ground vehicles. Such a system will be able to improve the crew’s ability to perform area surveillance, observation, target acquisition and employ firepower in accurate and effective way, all under the vehicle’s armor protection. Elbit Systems and IMI, offering its new, lightweight Wave 400 design, both competed for this contract but Rafael preferred not to bid, despite having the ‘Samson Junior’ in hand.

The system developed at Elbit Systems was designed in a compact assembly, mounting light weapons from the 7.62mm machine gun, up to the 12.7mm heavy machine gun and 40mm automatic grenade launcher (AGL), an associated electro-optical payload and remote controls. As an overhead weapon system, the LWS can be fitted anywhere on the upper deck without penetrating the armor plates. Operated remotely with full control of aiming, firing, cocking and jam clearing, it can operate in stand alone mode or be integrated into the vehicle’s electronics and battle management systems, a potential advantage offering future opportunities for the company.

Elbit Systems also reported today receiving a contract valued approximately $10 million for the supply of 12.7mm LWS to an unnamed European army. The stations are to be installed onboard Pandur 6×6 vehicles and will be supplied over a period of one year. Pandur 6×6 vehicles are currently operational with Austria, Belgium and Slovenia. The later has taken the first 30 vehicles (local designation ‘Valuk’), out of 85 ordered. The Valuk family of vehicles include these infantry carriers, mortar vehicles (to be fitted with Elbit Systems’ Cardom 120mm mortars), ambulances and scout vehicles, fitted with a Samson 25mm overhead weapon station and Toplite observation system, both provided by another Israeli company – Rafael. Elbit Systems has provided a similar system for Pandur 6×6 of the Belgian Army, and has also delivered LWS armed with 12.7mm HMG.  The Austrian Army has also selected Elbit Systems’ LWS for its Light Armored Vehicles (LMV) made by Iveco.

Our new writer Tomasz Basarabowicz from Poland assisted in the preparation of this article.