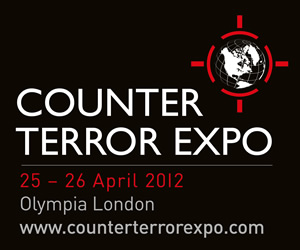 Counter Terror Expo 2012 delegates are set to discover how the momentous events that have occurred during the past year, will force us to reassess and realign counter terrorism strategies to meet potential new threats emerging from the turmoil we have witnessed.

Previously hard-line autocracies across a swathe of North Africa have been toppled in popular uprisings; significant civil unrest has occurred in Middle East countries where demand for change continues to be heard loudly, political turmoil in some South Asian nations has given rise to fears a period of dangerous instability may be looming, whilst insurgency in some Sub Saharan countries has led to jihadist inspired terrorist atrocities.

Escalating belligerence from Iran, a rapidly deepening political crisis in Pakistan, continuing instability in Tunisia, Egypt and Libya, widespread civil unrest in Syria and Yemen and extremist sponsored violence in Nigeria, all combine to set the stage for an uncertain year ahead and have the potential to directly threaten stability elsewhere in the world.

These issues have emerged at a time of significant fiscal crisis amongst leading world economies; thus presenting a substantial challenge to industry professionals tasked with delivering effective countermeasures in constrained circumstance.

This is the fractious backdrop against which delegates from across the globe will gather in London in late April for Counter Terror Expo 2012.

Regional Instability
Al Qa’ida leader Osama bin Laden is dead; the remaining leadership is being successfully targeted and the terrorist organisation continues to fragment according to reports. Hard-line leaders Zine al-Abidine Ben Ali of Tunisia and Muhammad Hosni Sayyid Mubarak of Egypt have been removed from office, whilst Muammar Muhammad Abu Minyar Gaddafi of Libya has been killed. Ali Abdullah Saleh of Yemen has been forced to cede power to Vice President Abd Rabbuh Mansur al-Had, whilst the increasingly beleaguered Bashar al-Assad of Syria may also be forced from office soon.

Western politicians have been happy to stress that these are the positive outcomes of the past year, but somewhat less than keen to discuss the possible challenges this period of regional upheaval may present us with.

Counter Terror Expo 2012 delegates will discover that the successful targeting of the Al Qa’ida leadership and the much welcomed regional regime change, has prompted significant concern behind the headlines as to the potential consequences stemming from a region that continues to be in flux.

Europe has particular concern regarding continuing instability in these neighboring regions; given the events have potential consequence for security along its fragile southern and eastern borders. Europe had a taste of the impact mass migration from conflict zones can have early last year and has no desire to see this issue reemerge at a time of deepening fiscal crisis in particular.

Over a two-day period, many world-leading experts in their respective fields, will bring clarity to the issues faced and potential solutions to them.

The transatlantic relationship will also be a focus of the conference.
US President Barak Obama has recently announced a slimming of US military expenditure and a shift in focus to the Pacific borders.

Europe’s long reliance on transatlantic support could be in jeopardy as the US Administration turns its attention elsewhere at a critical moment. Obama declared that the tide of war is receding, called for a shrinking of Army and Marine forces, but identified Naval and Airborne assets as the means by which to address emerging threats from Iran and China. He outlined the shift in strategy during a rare appearance at the Pentagon and emphasised the White House desire to pivot away from domestically unpopular conflicts in an election year.

Europe could potentially face the fallout from elongated regional conflict; when it is least able to do so, without the long reach superpower support previously given.

Counter Terror Expo 2012 delegates will find themselves immersed in these geopolitical issues and possible regional solutions to them within the context of lead and supporting conference environments.

Potential Trajectories
Very many geopolitical issues task minds in the US, Europe and particular Middle Eastern states, as we prepare to gather for this year’s event.

Iran is of particular concern since it has threatened to close the strategic Straight of Hormuz to international shipping, should currently imposed sanctions limit or cut off its oil exports. This is the only passage to open ocean for a large proportion of oil exporting nations in the region. Iran’s continuing belligerence is at the top of the agenda, since some 35 percent of the world’s seaborne oil shipments and 20 percent of all oil traded worldwide passed through the Straight of Hormuz last year. The impact wrought from even a temporary closure of this strategic sea passage could be catastrophic given the economic woes faced by many nations.

Yemen is also of concern to the international community given political instability has enabled Al Qa’ida in the Arabian Peninsula (AQAP) to gain a foothold from which to launch terrorist attacks against targets elsewhere. AQAP has been behind the attempted assassination of the Saudi Deputy Interior Minister, the failed suicide bombing of Northwest Airlines flight 253 and the very nearly successful plot to ship live and deadly explosive devices to targets in the US by air. Counter Terror Expo 2012 delegates will discover that AQAP remains a dangerous foe despite the fragmentation of its parent organisation.

North Africa: Regime change amongst several of the North African nations had been warmly welcomed, but the positive spin regarding their future political stability, is giving way to cautious optimism that all will be well. A particular concern is the potential for current instability to be exploited by militants including Al Qa’ida in the Islamic Maghreb (AQIM).

Central Africa: Pentagon officials have warned that links may be growing between AQIM and the fundamentalist Boko Haram in Nigeria. This group has been behind widespread terrorist activity across the country including the Christmas Day bombing of multiple churches. The rise of Boko Harem is understood to be a particular concern in the UK, with intelligence services said to be keeping a close watch for any connections within the large Nigerian community here.

Domestic Agenda
Counter Terror Expo 2012 not only focuses on the global threat from terrorism, but also examines the regional and domestic aspects as well. UK officials are gearing up to mount the biggest security operation since the Second World War during the forthcoming Olympic Games. A massive private security operation will be further bolstered by the deployment of over 13000 military personnel, naval and air assets as well as surface to air missile batteries.

Major events such as the Olympic Games are classed as trophy targets and every measure is therefore being taken to protect the principal venues, as delegates to the Protecting Crowded Places conference will discover.

This specialist two-day conference will give considerable insight into UK counter terrorism strategies specific to the forthcoming Olympic Games.

Cyber Security
Counter Terror Expo 2012 will also address the issues of Cyber Security and Electronic Terrorism in a dedicated conference.

Increasing global interconnectivity brings huge benefits to the way we live and work, but conversely delivers with it many challenges that we must still overcome.

This digital phenomenon has become a playground for state actors, terrorists, criminals and hacktivists, bent on infiltrating computer networks and individual computer systems to steal information and disrupt operations.

UK officials say they are fighting a constant arms race in cyberspace and the government is investing heavily in protective measures.

The conference examines the magnitude of the threat and outlines how government agencies and corporate entities are putting in place effective counter-measures to appropriately protect restricted information, intellectual property and customer data.

The digital world is said to be the new frontier in the constant battle against those who wish to inflict harm for ideological, commercial or monetary gain and requires robust defences.

Counter Terror Expo 2012  will be held 25-26 April 2012 at London Olympia.
The event has brought clarity to the issues professionals in this demanding field face since its inception. The forthcoming event will once again deliver a secure setting in which to distil the key issues, identify the challenges and formulate solutions, within its range of high level conferences and specialist workshop environments. The event is supported by a world-class exhibition of software and hardware presented by global leaders in their respective fields.

Defense-Update is proud to be a sponsor of this year’s event. 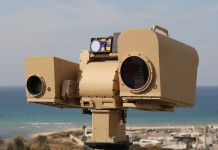 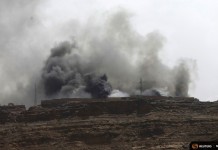