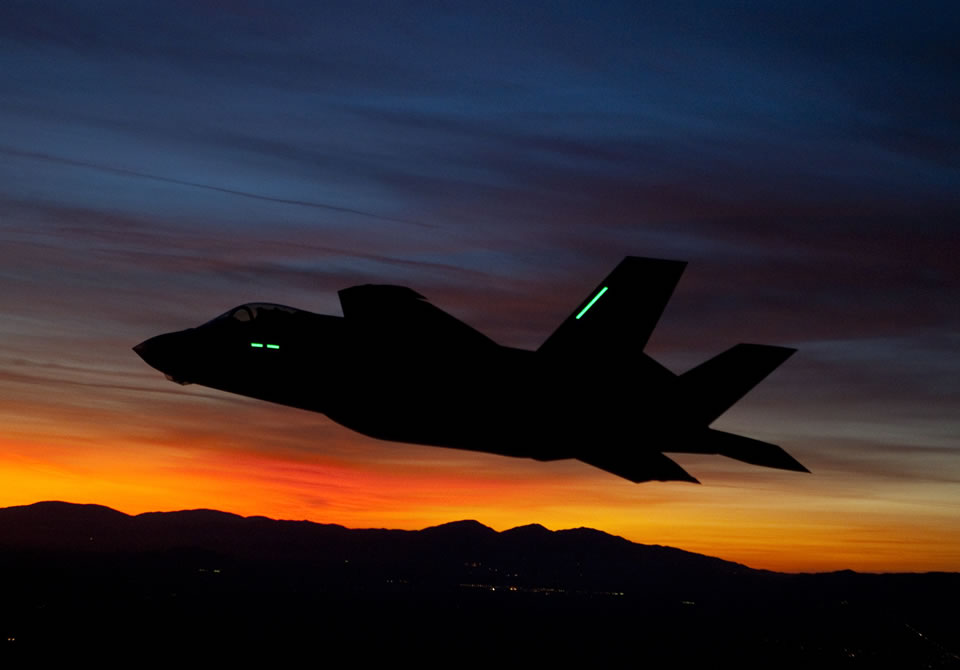 Lockheed Martin released today the flight test summary for the first two months of 2012. According to the company, as of Feb. 20, 2012 the F-35 program accumulated 114 flight tests and achieved 773 test points this year, representing roughly 10 percent of the System Development and Demonstration (SDD) flight test plan for 2012, which calls for the accumulation of 1,001 test flights and 7,873 test points.

However, the manufacturer anticipates that test point requirements throughout the year will grow, given the changes and restructuring of the program. A portion of the earned test points came from work added to the flight test baseline plan.

F-35A Conventional Take Off and Landing (CTOL) jets have flown 46 times, the F-35B short takeoff vertical landing (STOVL) variant vertical flew 45 missions and the carrier variant flew 23 times. From the beginning of the flight-testing program in December 2006, F-35s have flown 1,704 times, including the production-model flights and AA-1, the original flight test aircraft. On January 25 this year this aircraft (AA-1) crossed the 2,500 flight hour threshold.

Among the milestones recorded by the F-35 test program this year are the highest altitude flown by the F-35 to date, with AF-4, the F-35A reaching an altitude of 43,000 feet Mean Sea Level (MSL) On Jan. 9. Another F-35A test aircraft, AF-3, completed the first low approach with the Distributed Aperture System (DAS) approach on Jan. 17, Demonstrating the ongoing maturation of the F-35 integrated sensor suite. The next day, AF-6 performed the first night flight and landing, the F-35A CTOL test jet, took off at 5:05 p.m. PST and landed at Edwards AFB, Calif. after sunset at 6:22 p.m. Weapons carrying flight tests are also progressing, on February 16, an the AF-1 (F-35A CTOL) flew the first test flights with external weapons, these mission also included ordnance carried in the internal weapons bays.

Performance issues associated with DAS have limited the use of the F-35 unique helmet display and sight, developed for the program by VSI. The sight was designed to use DAS live image feeds to display the outside view for the pilot, alleviating the need for night vision goggles for night flight. BAE Systems and VSI were asked to work on temporary solutions using NVG, to provide a near-term solution. However, using NVG on top of the standard helmet will limit the use of the sophisticated display and information fusion capabilities that make the F-35 unique. Therefore, it is anticipated that the objective helmet will be reinstated once DAS will deliver imaging within the required spec. Among the fix being considered are fixed camera mounted in the cockpit, and another, coupled to the helmet, both reducing the latency of night imagery imported from the DAS.

Eglin AFB, Fla., where the F-35 training force is based has become home of the largest F-35 fleet. The 2nd marine Aircraft Wing Fighter/Attack training squadron 501 received three more aircraft in January – BF6, BF8 and BF7. The delivery of BF7 on January 19th marked the 23rd Lightning II delivered to the DOD. While the Eglin fleet keep growing, F-35s are still grounded as flight operations and training await military flight clearance which is expected in few weeks.