Home Latest News The Last Round in Gaza – and the Next 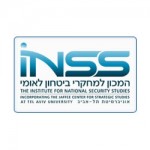 The recent round of inconclusive fighting across the Gaza-Israel border prompts several observations about the outcome and possible implications for the future. Mark A. Heller, Principal Research Associate at the Tel-Aviv based Institute for National Security Studies (INSS) discusses some of the highlights of recent events in the recent edition of INSS Insight.

Israel’s Iron Dome rocket interception system underwent its first operational test and achieved some notable successes. It was able to discriminate between rockets likely to land in open areas and those headed for population centers, and to refrain from wasting itself on the former while intercepting about 80 percent of the latter. As a result, many Israeli fatalities and injuries were undoubtedly prevented and extensive property damage was avoided. That result validates the economic rationale of the project, despite the huge cost imbalance between cheap rockets and missiles coming out of Gaza and expensive interceptors sent up to destroy them.

Notwithstanding these successes, however, Iron Dome is not a strategic game-changer. Because the “leakage” rate remained close to 20 percent, warnings of hostile rockets and missiles still sent the civilian population into shelters and obliged the authorities to cancel public events and close schools, thereby forcing worried parents to stay away from work. Unless active defense is 100 percent effective, it will not eliminate the need for passive defense or prevent massive disruption of normal life inside the envelope of the rockets. Nor will it spare the government the need to take weighty strategic decisions that it would prefer to avoid. That was the result this time, not because Iron Dome destroyed 80 percent of the incoming rockets and missiles, but because the 20 percent that got through did not land on exposed concentrations of civilians. In other words, only sheer luck stood between government reluctance to embark on large scale escalation and irresistible domestic pressure to do so.

Finally, 80 percent success is not enough to persuade those who launch rocket attacks from Gaza that there is no point in continuing (or in trying again on another occasion). Just as Iron Dome does not eliminate the need for passive defenses, neither does it provide deterrence by denial. Palestinian rocket attacks were ended this time (and will perhaps be deterred next time) only by offensive operations that kill or threaten to kill those directly involved and constitute a threat of unacceptable disruption or damage to the lives of their relevant constituents – the Palestinian public. In other words, coercion/deterrence by punishment remains the dominant motif in this discourse. In the last round, Israel retained a credible threat of escalation because large scale Palestinian civilian damage and casualties had not yet been inflicted and because international attention to this part of the world was distracted by Syrian President Bashar al-Assad and Iranian Supreme Leader Ali Khamenei. Circumstances might be different in a future round.

Even if Israeli actions prompt those Palestinian elements involved in rocket attacks to conclude that the time has come to call a halt to hostilities, some kind of communication is needed to achieve an understanding on the timing and terms of the ceasefire. On this occasion, as in the past, the only functioning intermediary was the Egyptian security establishment, which acted as it did because it understood that Egypt’s own interests were not served by a continuation and possible escalation of the fighting. However, political volatility in Egypt means that the Egyptian security establishment may not be able to go on playing this role in the future, even if its world-view remains unchanged. Presidential elections in Egypt are scheduled to be held in May, with a run-off (if necessary) the following month. Unlike in the past, the outcome of this Egyptian presidential election cannot be known in advance.

More critically, a new Egyptian constitution remains to be written and there is therefore no clear sense of what the president’s authority will be, hence, of the balance of power between the president, the parliament, and the armed forces. Most observers expect that the security establishment will retain considerable influence on foreign and defense policy (and on defining its own institutional prerogatives) and that there will be no quick political emasculation of the armed forces along the lines of what has happened in Turkey in recent years. Nevertheless, it is conceivable that an Islamist or Nasserist/nationalist president, together with an Islamist-dominated parliament, will strengthen the view that Egypt’s proper role in a future round of Gaza-based conflict will not be to promote a cessation of fighting but rather to support Islamists in Gaza by word and deed.

Who Sets the Agenda?

Despite that fact that Hamas has effectively controlled Gaza since 2007, recent events were dictated not by Hamas, but rather by the PIJ (Palestinian Islamic Jihad) and the Popular Resistance Committees (PRC). Hamas not only did not initiate the rocket attacks, it publicly endorsed a quick return to calm. But while Hamas has had no qualms about suppressing Fatah by any means necessary, it has been unwilling to do the same to PIJ/PRC, and the latter were therefore able on this occasion to hijack the public agenda and do to Hamas what Hamas did for many years to Fatah (and what Hizbollah did to Lebanon in 2006).

There is clearly a political dynamic in conditions of unresolved conflict that confers legitimacy on more confrontational rhetoric and action. That makes it uncomfortable if not impossible for those with the burden of power to crack down on those freer to indulge their ideological predilections vis-à-vis Israel without much concern for the broader consequences of their posture. Hamas has never compromised on the content of its extremist ideology, but its circumstances often oblige it to exhibit some pragmatism in its behavior (which has already earned it the scorn of Ayman al-Zawahiri, Osama bin Laden’s successor as head of al-Qaeda) and it has therefore fallen victim (though so far only to a small degree) to the familiar phenomenon of extremists tempered by reality being outflanked by other extremists of a purer sort. If PIJ/PRC agree to ceasefires with Israel too often or for too long, they may suffer the same fate.