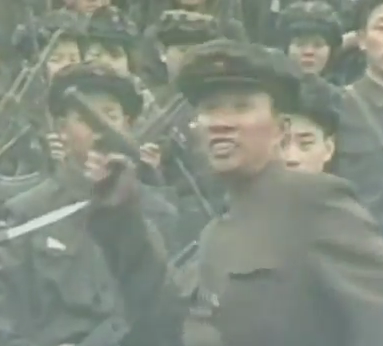 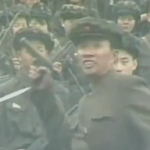 For the past several days, North Korea has directed a string of increasingly hostile threats at South Korean President Lee Myung-bak and his conservative administration. As usual with the North’s public pronouncements of doom, it is often difficult to separate reality from simple bombastic rhetoric. Such is the case with this latest round of promises of mass destruction.

The most recent threats from the North differ from past announcements in that they have added a specific timeline and indicate that whatever is being planned will be executed in the very near future. North Korea’s state-run Korean Central News Agency interrupted regularly scheduled TV programing on 23 April for a special report promising to “reduce all the rat-like groups and the bases for provocations to ashes in three or four minutes.” The announcement also stated that the military would initiate “special actions” against the South in a very short time.

The disturbing message has been tentatively attributed to the North’s Special Operation Action Group, a component of the Korean People’s Army Supreme Command. The warning also specified that the impending action would be accomplished using “unprecedented peculiar means and methods of our own style.”

Shortly after issuing a warning of retaliation in response to South Korean military exercises in disputed territories in November 2010, North Korea initiated an artillery exchange with South Korean Marines on Yeonpyeong Island that resulted in several deaths and intensified fears of war on the Korean Peninsula. North Korea’s leadership has become increasingly sensitive about criticism leveled at its 13 April failed attempt to place a satellite into orbit. South Korea’s unveiling of a new cruise missile on 19 April has also rankled the North.

The South, rarely known to engage in a campaign of one-upmanship with the North, announced on 19 April that they had developed and fielded a cruise missile capable of reaching any location within North Korea’s borders. The South’s new Hyunmoo-IIIC (also known as the Hyunmu-3C) cruise missile is purported to have a range of between 1,000 and 1,500 kilometers giving it the ability to hit targets anywhere in the North. Along with this new cruise missile, Seoul also unveiled a new short-range tactical ballistic missile.

The two new missiles were featured in a public video presentation hosted by South Korean Major General Shin Won-sik, Director General of policy planning within the Defense Ministry. General Shin announced that the new tactical ballistic missile is “more powerful than” the South’s MGM-140 Army Tactical Missile System (ATACMS) and has a range of 300 kilometers. General Shin also confirmed that both missiles had successfully completed all required field testing and were deployed to meet “North Korea’s missile threats and other provocative schemes.”

Of particular concern to the international community is the possibility that Pyongyang may conduct a third nuclear weapon’s test in the coming weeks or months. The South Korean newspaper, Chosun Ilbo, has reported that the North has completed all preparations for a third nuclear test at its northeast Punggye-ri nuclear test facility. A South Korean official, on condition of anonymity, is quoted by Chosun Ilbo as stating that satellite images indicate that tunnel excavations at the Punggye-ri site have been completed and it “is highly likely” that a nuclear device has been placed into positioned for testing. However, US Navy Captain John Kirby, speaking on behalf of the United States, informed reporters on 23 April that he was unaware of “any specific actions taken” by the North to carry out any overt provocations directed at the South and no indications that a nuclear test was imminent.

Seoul also took no action to place the nation’s military on a higher alert status in light of intelligence reports that Pyongyang had not undertaken any significant troop movements or mobilization activities. The general consensus in the region is that it is extremely unlikely that Pyongyang is willing to initiate a large-scale assault against Seoul, especially considering the presence of sizeable US forces in the region and the long-standing US commitment to protect the South’s sovereignty.

North Korea is known to have a respectable arsenal of weapons at its disposal that includes SCUD, Musudan, and Rodong missiles. The Musudan, with an estimated range of 3,000 kilometers, is believed capable of carrying a warhead of 650 kilograms. Seoul is well aware of the North’s capabilities and doesn’t take Pyongyang’s threats lightly.

Also on 23 April, Chinese President Hu Jintao praised North Korea’s Kim Jong-Un while calling for the two nations to strengthen their relationship during a meeting with Kim Yong-Il, a senior North Korean representative. President Hu also stated his hope that the two nations would work together to pursue “peace and stability” throughout the region. China has historically been the sole ally of North Korea and can be expected to continue its support of Pyongyang, even in times of tension and in defiance of international condemnation of the North’s erratic behavior.