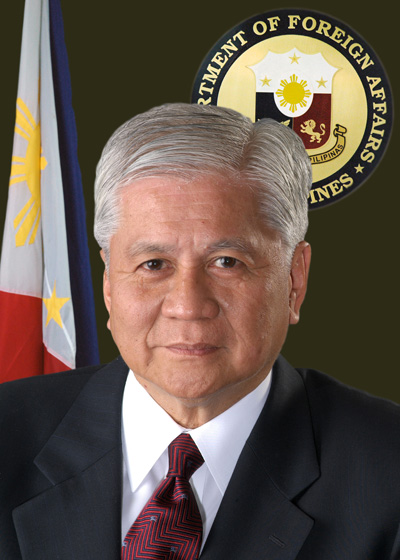 Following high-level defense discussions between the Philippines and the United States, Philippine Foreign Secretary Albert del Rosario announced in prepared comments that his nation is asking the United States to assist in upgrading the Filipino military in light of the South China Sea standoff with China at Scarborough Shoal.

During a speech at the Heritage Foundation “think tank,” Del Rosario stressed the need for the Philippines to achieve “maritime domain awareness” while having the capability of countering armed incursions into those regions claimed as sovereign territory by the Philippines. He went on to say that the Philippine government had submitted a list of equipment and assets needed to satisfy this need to senior US representatives. He added that other “international partners” would also be approached with requests for assistance.

Secretary del Rosario is calling for the United States to increase its funding of Filipino military capabilities. Some funding was placed on hold since 2008 in response to reputed human right’s violations; funding del Rosario says is desperately needed. According to the Philippine Embassy, in a press release of 1 May, the United States gave indications that it was working out the details for sharing more “real-time” intelligence data gathered from the sea areas surrounding the Philippines and would likely double its initial foreign military financing this fiscal year to a total of $30 million. This claim has not yet been confirmed by the United States.

As for other “international partners,” del Rosario mentioned ongoing efforts of his government to broaden Filipino partnerships with Australia, Japan, South Korea, and other Pacific neighbors with a focus on improving the region’s disaster response abilities, humanitarian efforts, and maritime security.

Secretary del Rosario also said that joint exercises and cooperative activities between the United States and the Philippines should be expanded to include “more locations” and “in a more frequent manner.” He pointed out that the United States needed a strong ally in the area willing to accept more responsibility for protecting the peace and promoting stability throughout the region. It is “in the strategic interest of the US,” he continued, “to invest in the development of the Philippines’ defense and military capability.”

China and the Philippines are engaged in a standoff in the South China Sea stemming from a dispute over the sovereignty of Scarborough Shoal, an atoll-shaped collection of outcroppings that lie some 200 kilometers west of the northern Philippines. The area is known to be a rich fishing ground. The Philippines claims sovereignty because the Shoal is within the 200-nautical mile exclusive economic zone recognized under international maritime law. China’s claim is based on a map submitted to the UN in 2009 outlining its claim to sovereignty over most of the South China Sea without regard to existing international conventions.

The United States has already made it clear that it would not intervene on behalf of the Philippines in this sovereignty dispute, but would lend support in any arbitration hearings.