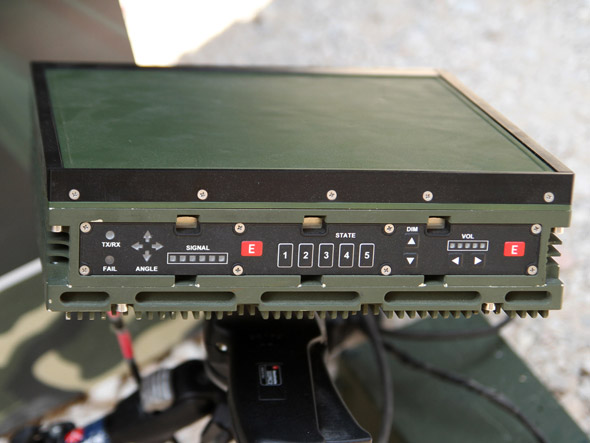 A true man-portable system offered by Elta Systems is ELK-1895, a lightweight man-pack tactical SATCOM terminal, carried and operated by a single soldier. Developed with special-forces applications in mind, the terminal can be adapted for submarine transportation.

The tactical terminal supports any commercial geo-stationary Ku band satellites footprint, communicating with all network subscribers within the satellite footprint, (including Over-The-Horizon (OTH) and beyond Line of Sight (BLOS). It sends and receives voice, data and compressed video over a secured communication link. The terminal includes all elements in a single, compact module, including the transceiver, antenna, power amplifier and user interface. The terminal establishes a fast SATCOM link without revealing the unit’s geo-location. The system is preprogrammed, prior to mission, to automatically direct itself to available Ku-band Geo Communication Satellites.