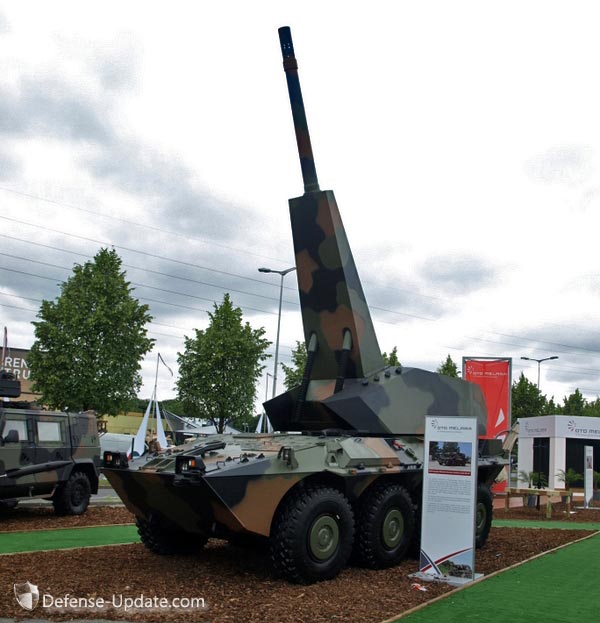 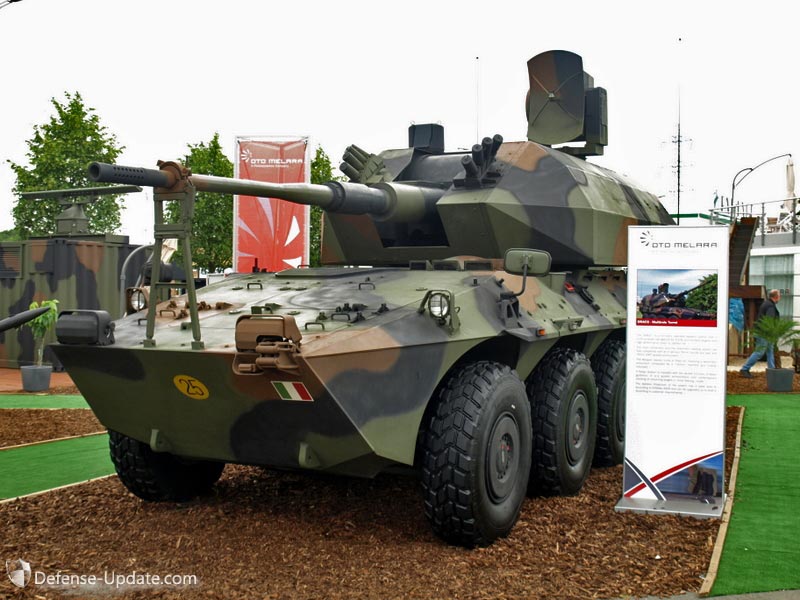 Oto Melara is launching a wheeled, turreted 155mm 39 Cal. self-propelled gun at Eurosatory 2012. The vehicle, a member of the Centauro family, is characterized by high tactical and strategic mobility and high survivability. The turret comprises the 155/39 mm caliber gun system, equipped with automatic loading system for ammunition and propelling charges that can be operated at any elevation. The cannon can fire standard ammunition or Vulcano guided ammunition. Oto-Melara has already developed a similar cannon mounting the company’s 76mm automatic gun, used in air defense and surface attack, firing Vulcano or DART anti-air  ammunition.

The company is also unveiling here the Porcupine, a remotely controlled M61A1 Gatling gun coupled with ammunition handling loader and a stabilized optronic infrared tracking system, providing 24 hour target engagement capability. One Porcupine C-RAM system would typically cover an area of 400×400 meter but additional remote firing units could be added to extend the protected area to defend against higher intensity attacks. A typical unit configuration would consist of four firing units, one command and control post for target designation and weapon control and 3D radar system of a track-while-scan type, providing surveillance and target tracking.