The Royal Australian Navy’s (RAN) Collins Class submarine HMAS Farncomb has successfully sunk a target ship, the 12,106-tonne former USNS (United States Navy Ship) Kilauea in Hawaii. Farncomb, a Collins Class submarine, fired one Mark 48 Torpedo and achieved a hit just below the bridge of the ship as part of a sinking exercise, or “SINKEX,” at Exercise Rim of the Pacific (RIMPAC) 2012. The former USNS Kilauea broke into two parts and sank about 40 minutes later.

The submarine’s Commanding Officer, Commander Glen Miles, said the firing is a significant milestone for both himself and his 60-strong crew.“This is the result of professionalism and teamwork,” Commander Miles said. “Those of us who drive these boats know that the Collins’ weapons systems are among the most capable in the world.”

Australia and Canada are among 22 nations attending Exercise RIMPAC that includes six submarines and 40 surface ships participating in a realistic maritime warfare scenario. 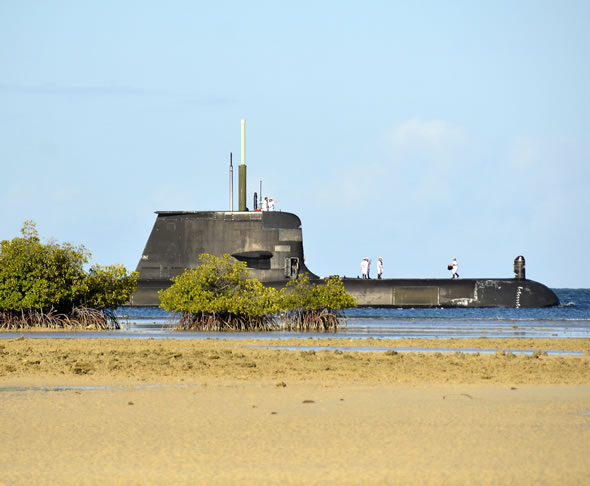