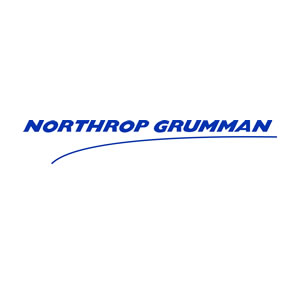 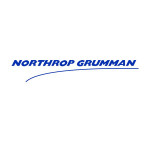 Northrop Grumman Corporation reported today its earnings from continuing operations in the second quarter of 2012 declined to $480 million, compared with $520 million in the first half of 2011. “Our businesses continue to perform well,” said Wes Bush, chairman, chief executive officer and president. “We’re especially pleased with this quarter’s robust level of new business capture,” Bush said. His company has received new orders worth $8.8 billion in the second quarter sending the total backlog of $41.5 billion. The company’s strong cash generation enabled continued stock repurchase. In this quarter, the company repurchased additional 4.9 million shares, improving earning per share levels despite the reduction in revenues. Northrop Grumman is confident its year end’s earnings will increase to the range of $7.05 to $7.25 per share. The following report outlines part of the programs, related to the military and security fields.

Sales of Northrop Grumman’s main activity, the Aerospace Systems, declined 3 percent in the second quarter, due to lower volume for space systems and military aircraft programs, In both the B-2 and the F-35 (due to the adoption of units-of-delivery revenue recognition beginning with low rate initial production lot 5) and fewer F/A-18 deliveries than in the prior year period. The transition of the F/A-18 program from the multi-year 2 contract to the lower margin multi-year 3 contract, has also eroded income. On the brighter side, higher volume incurred for the E-2D program and the activity in the unmanned systems programs was also healthier, including Fire Scout and NATO AGS. Space systems sales declined due to lower volume for restricted programs and the termination of a weather satellite program. The operating income of the Aerospace Systems unit declined 9 percent in the second quarter, with operating margin rate declining to 12.1 percent from 12.9 percent.

The Electronic Systems business unit also dropped 3 percent in sales in the recent quarter, reflecting management decision to de-emphasize its domestic postal automation business. With infrared countermeasures program transitioning, defense operations were not enough to offset this drop. Operating income for the second quarter declined 3 only percent, with operating margin rate comparable to the prior year period at 15.8 percent.
Information Systems second quarter 2012 sales declined 9 percent due, suffering lower volumes in all its defense programs, reflected by the termination of the Joint Tactical Radio System Airborne, Maritime and Fixed (JTRS AMF) program, winding down of the F-22. Nevertheless, despite lower sales, Information Systems second quarter 2012 improved its financial performance by increasing operating income by 7 percent and operating margin rate increased to 10.9 percent up from 9.3 percent. These improvement reflect better performance in the company’s civil systems.