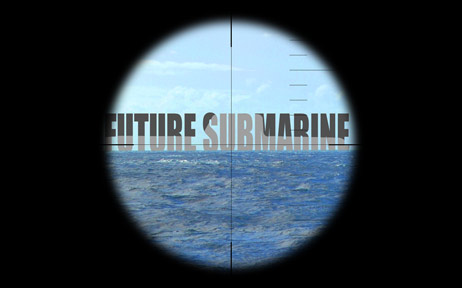 Australian Minister for Defence Stephen Smith announced today that the Government is committed to acquiring 12 new submarines to be assembled in South Australia. He added that this commitment will be reinforced as part of the 2013 Defence White Paper. Smith said the Future Submarine project will be the largest and most complex Defence project ever undertaken by Australia. The project will involve hundreds of companies and thousands of workers, as well as Federal and State Governments, Defence, Industry and Universities.

Four options are being considered for the Future Submarine fleet, Smith said, these options range from military off-the-shelf to a wholly new design. Defence is undertaking a wide range of studies into these four options before returning to Government for First Pass approval around late 2013/early 2014.

Australia’s Future Submarine Systems Centre will be based in Adelaide. The Systems Centre will be the home of the Future Submarine program. It will be formally established this year and over the next few years will expand to include hundreds of Defence personnel from Navy, the Defence Materiel Organisation (DMO), the Defence Science and Technology Organisation (DSTO) and the Australian and international Defence Industry. The center continues the strong relationship that has been formed between South Australia and the Commonwealth in support of Australia’s maritime sector. The first Systems Centre staff are already working in Adelaide, and are temporarily based at ASC. Mr David Gould was appointed as General Manager Submarines at the Department of Defence, Gould’s responsibility will include the oversight of the maintenance of the current Collins Class fleet and the Future Submarine Project.

The Systems Centre is a similar facility to the one that was established for the Air Warfare Destroyer project. It will undertake a variety of tasks including evaluation of options, design work, program management, engineering, logistics and production planning.