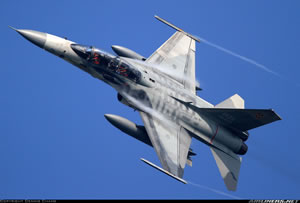 By year’s end Taiwan plans to complete modernizing about half of the fleet of its locally built ‘Indigenous Defense Fighter’ (IDF). The upgrade will enable the Taiwan Air Force to maintain the aircraft in service through 2030. About half of Taiwan’s 127 aircraft fleet will be completed by the end of 2013, Air Force officials told the Parliament in Taipei. The upgrade package includes an enhanced radar, avionics and improved electronic warfare (EW) systems. Taiwan deployed the IDFs in 1992 and the upgrade, which kicked off in 2009. This four-year phase includes 71 F-CK-1 A/B aircraft to be upgraded into F-CK-1 C/D at a cost of half-billion US$. The remaining aircraft will be upgraded through the program’s second phase, to be concluded by 2017.

The IDF jet fighter project was designed and built by the Aerospace Industrial Development Corporation (AIDC), after the US refused to sell modern fighters to Taiwan. The aircraft was developed with assistance from American defense corporations. It entered active service with the Republic of China Air Force in 1994, and all 130 production aircraft had been manufactured by 1999. In 2012 the United States last year agreed to equip Taiwan’s 146 F-16 A/B jets with new technologies in a $5.85 billion deal.