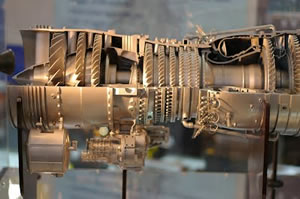 The Indian Ministry of Defence (MoD) is planning to attract an international partner for the development of the troubled Kaveri jet engine program, through an international, open tender, after the joint program with French engine maker Snecma failed to deliver the expected results. Under the planned bid, major global aero engine manufacturers will compete in a global tender to partner the Gas Turbine Research Establishment (GTRE) — the Bangalore-based DRDO engine laboratory — in refining the Kaveri engine to the level where it can power the Advanced Medium Combat Aircraft (AMCA), an indigenous, fifth-generation fighter that is on the MoD’s long-term horizon.

“We are abandoning the plan for co-development with Snecma. We still need an overseas partner. But it will not be Snecma on a single-vendor basis. We will select our partner through competitive bidding,” says Dr CP Ramnarayanan, director, GTRE told the Business Standard. “To develop a more powerful Kaveri engine quickly and to become self-reliant in engine design, we need a foreign partner which can bring in core technologies. Otherwise the next cycle of engine development could take another 15-20 years,” Ramnarayan said. Requests for Proposals (RfP) will be issued to engine makers worldwide.

After years of development, the Kaveri jet engine still delivers significantly less power than what a modern fighter requires. In 27 flight-test performed last year at the Gromov Flight Research Institute (GFRI) in Russia, the Kaveri’s maximum thrust (termed “wet thrust”) was measured at 70.4 KiloNewtons (KN). High-performance fighters like the Tejas or the AMCA need engines that generate at least 90 KN of thrust.

Since its first run in 1996 nine Kaveri engines built. Although, due to the delays in development and insufficient thrust, Kaveri is not destined for the Tejas Indigenous Fighter Aircraft, it is being considered as the powerplant for India’s first Unmanned Strike Air Vehicle (USAV) also under development at the DRDO.

Among the challenges faced by the developers are the manufacturing of super-alloys and fabrication of parts for the engine’s hot section core, at temperatures of 1600 degrees.