US based Sierra Nevada Corp. and Brazilian Embraer Defense and Security will deliver 20 A-29 Super Tucano turboprop powered light air support aircraft to the Afghan Afghan Air Force, under a contract worth US$427 million awarded yesterday by the USAF. The contract also covers associated maintenance and training for the Afghan air force.

Under this contract, 20 aircraft are scheduled to be delivered to operational air bases in Afghanistan beginning in the summer of 2014. Deliveries will continue through 2015 at a rate of two aircraft per month. The A-29 will be equipped for light attack missions, to conduct advanced flight training, surveillance, close air support and air interdiction missions.

The contract requirements called for a known, predominantly stable design due to austere conditions, the possibility for immediate combat needs and the substantial learning curve of the potential partner nation pilots. Only two aircraft models were considered – the A-29 Super Tucano and AT-6 from Hawker Beechcraft.

In December 2011 the USAF awarded this contract worth over $355 to Sierra Nevada Corp; however, the Air Force issued a stop-work order in February 2012 and terminated the contract in March 2012 during the Hawker Beechcraft Court of Federal Claims protest and after an internal Air Force investigation turned up documentation deficiencies in the source selection paperwork. As part of the Air Force’s corrective action, a new LAS source selection team was appointed, source selection training was reinforced across the Air Force acquisition community, and oversight alignment and effectiveness was improved. This action has cost the taxpayer extra $72 million. (DEW line has more analysis here)

The Air Force restarted the LAS acquisition as quickly as possible in order to be responsive to the Afghan requirement and issued an amended request for proposals in May 2012. Apparently, with competitor Hawker Beechcraft crippled under Chapter 11 (from which it emerged earlier this month), Sierra Nevada could have a better understanding of the competitor’s offer thus it could safely up its offer without risking loosing the bid.

One of the stronger points for Hawker Beechcraft in promoting the AT6 was the positioning of their product as US made. The Brazilian designed aircraft will be built in Jacksonville, Florida. The LAS contract will support more than 1,400 American jobs, reflecting both the large U.S. supplier base – more than 100 companies will supply parts and services for the A-29 Super Tucano – and new jobs that will be created by SNC and Embraer.  Embraer will create new high-tech jobs at its production facility in Jacksonville, adding to the 1,200 people Embraer currently employs in the United States, and new jobs at SNC will add to its U.S. workforce of 2,500 people. 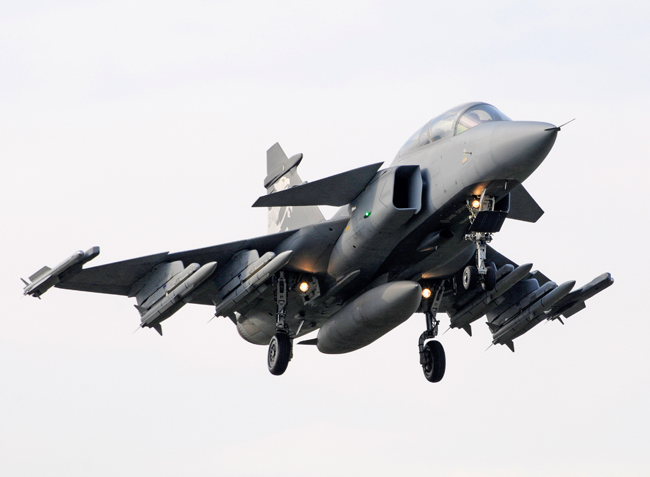