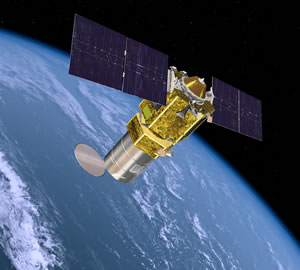 Small satellite prototypes that can quickly and affordably be manufactured and configured for specific missions are under development at Boeing. The satellites are part of a program called ‘Phantom Phoenix’ designed to introduce affordable, quick reaction access to space for intelligence, surveillance and reconnaissance to planetary science.

Phantom Phoenix prototypes are configured in three categories ranging from 500-1000 medium class to 4 kilogram nano-satellite platform. these satellites will be designed for all major launch vehicles.

The largest variant in the family is Phantom Phoenix – a 500 to 1,000 kg medium-class satellite designed for launch as a single payload or in tandem. Phantom Phoenix ESPA is a 180 kg ESPA-class satellite that can be attached to a common interstage adapter allowing for the launch of more than one satellite at a time. Up to six such small satellites could be deployed during a single mission, reducing launch costs. The smallest of the family is Phantom Phoenix Nano available in 4 to 10 kg nanosatellite configurations. Such nanosatellites offer highly affordable sensor technology for science and weather missions.