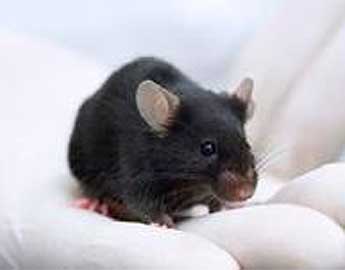 Next time, whoever tries to conceal on his body explosives or other contraband material, it will be detected by a sensor, but this time it may not be an artificial one, but rather, a living sensor – no other than a well trained lab mouse. I-HLS reports.

Bio Explorers, a member of TAMAR Group has developed an innovative method of detecting explosives and other contraband materials. This method is based on the training of lab mice, exploiting their ultra-sensitive sense of smell. These mice sense explosive traces odor as they are exposed to vapor emitted from the scanned material. The mice are trained to run away when they sense explosives. By tracking the movement of mice in the test chamber the system indicates the presence of specific materials.

At the first stage, Bio Explorers, successfully demonstrated a biologic detection system for locating explosives, working in cooperation with local security agencies. Further applications for the new system could include explosive detection, detection of narcotics or illegal currencies by customs authorities, detection of poisonous materials and bacterias by agriculture inspection agencies. Possible applications also include medical diagnostics and early detection of diseases.

According to the Bio Explorers, the mice can be trained to detect virtually any substance based on its odor within few days, using an automated, methodical process patented by the company. They achieve a detection rate of 90% after only 10 sessions. By adjusting the number of biosensors and  sensitivity, the combined detection rate can reach 99% with false alarm rate dropping under 0.2%. The mice live in a cartridge for 14 days. The cartridge includes all food, water and sleeping accommodation. The mice in each cartridge ‘work’ on a 4 hours shift, followed by 8 hours ‘off duty’. According to the company, tests have shown that the biological sensor is far more sensitive than existing systems, including dogs and various sniffers. While existing methods rely on the detection of particles (solid or liquid) of the target materials, the biologic method rely on the natural senses to detect much lower concentrations of the target substance.

The first application is a ‘walk through explosive detector’, inspecting personnel passing the portal without requiring them to take off clothes, empty their pockets or take off their shoes. Such sensor emits no radiation offers higher privacy and faster throughput compared to the existing methods. A follow-on system currently in development is designed to inspect commercial cargos and vehicles.