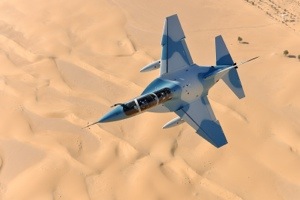 An Italian built M-346 jet trainer crashed yesterday on a flight over Italy. The aircraft manufacturer Alenia Aermacchi said the single pilot that flew the twin-engine jet is in a good condition after ejecting from the plane designated CMX617 yesterday, after taking off from taking off from Turin-Caselle airport. The aircaft was one of four prototypes built by Alenia as part of the advanced trainer development program.

The mishape developed 20 minutes into the flight, as the pilot reported a technical problem. The aircraft crashed in Val Bormida, between the provinces of Cuneo and Savona, without damage to people or properties. Alenia Aermacchi has launched an internal technical investigation to examine the cause for the accident. This is the second loss of M-346 prototype, following a pervious accident, when another M-346 prototype was lost over the Persian Gulf after the adubai Airshow of 2011. Both crew members escaped and survived.

The loss comes at a sensitive time for Alenia Aermacchi, that has already delived only two aircraft to Italian Air Force, while deliveries to 12 planes Singapore, and 30 to Israel are pending, following a successful export campaign by the Italian manufacturer. The model is also seeking prospects in poland and the USA. 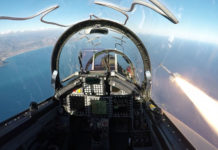