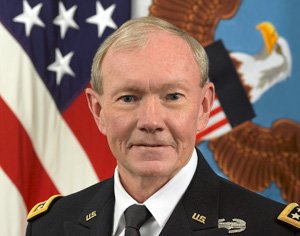 Cyber attacks on U.S. infrastructure or networks could be met with a conventional military response, the chairman of the Joint Chiefs of Staff Army Gen. Martin E. Dempsey warned. “The rise of cyber is the most striking development in the post-9/11 national security landscape,” Dempsey told the audience. “We are doing everything we can inside the military to be ready to operate in cyberspace. Defense-Update reports

“There is an assumption out there … that a cyberattack that had destructive effects would be met by a cyber response that had destructive effects,” Army Gen. Dempsey said to an audience at a Brookings Institution forum. “That’s not necessarily the case. I think that what [President Barack Obama] would insist upon, actually, is that he had the options and the freedom of movement to decide what kind of response we would employ.”

Cyber has many features in common with other domains, and shouldn’t be thought of as a wholly exceptional realm, Dempsey continued. Although it can sometimes feel abstract, he explained, cyber is a physical domain in the sense that it is operated by men and women over routers and servers, and cyberattacks can result in real, physical damage.

“I think that to the extent that we can always think about it in the way that we’ve always organized our thinking about the other domains, it might illuminate the challenge a little better,” the chairman said. “I do think that there are capabilities out there that are so destructive in nature and potential that it would be very difficult not to see them as acts of war.”

But, he noted, “the decision to declare something a hostile act — an act of war — is certainly one that resides in the responsibility of our elected leaders.In its mission to defend the nation, the Defense Department must stay ahead of the ongoing technological revolution and its attendant rise in “anywhere, any time” cyber threats, the chairman of the Joint Chiefs of Staff said here today.

“One thing is clear: cyber has escalated from an issue of moderate concern to one of the most serious threats to our national security,” Dempsey said. Now, the entire country could be disrupted by the click of mouse, he added. To address these threats, the military must take on new missions, the chairman said.

“Cyber incidents have steadily escalated over the past year, Banks and oil companies have been targeted by sophisticated attacks, he said, and more than 20 nations now have military cyber units… This is the new normal in cyberspace,” Dempsey said. “Disruptive and destructive cyberattacks are becoming a part of conflict between states, within states, and among nonstate actors. The borderless nature of cyberspace means anyone, anywhere in the world, can use cyber to affect someone else.”

It isn’t enough to just strengthen cyber defenses on military systems, the chairman said. Intrusion attempts on critical civilian infrastructure systems have increased 17-fold over the last two years, he said. “The gap between cyber defenses deployed across critical infrastructure and offensive tools we now know exist presents a significant vulnerability for our nation,” Dempsey said.

In response to the threat, the Defense Department is growing its capacity to protect its own networks, and it’s adding a new mission: defending the nation, when asked, from attacks of significant consequence — those that threaten life, limb, and the country’s core critical infrastructure, the chairman said, announcing that over the next four years, 4,000 cyber operators will join the ranks of U.S. Cyber Command, and $23 billion will be invested in cybersecurity. 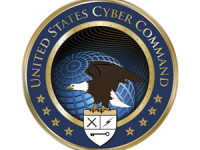 Although the Defense Department has made significant progress in embracing cyber, the nation’s effort to protect critical civilian infrastructure is lagging — a worrisome vulnerability, the chairman said.Sharing information about cyber threats is one of the most important ways to strengthen cybersecurity across the private sector, he added, but threat information primarily is shared in only one direction: from the government to critical infrastructure operators. “That has to change,” Dempsey said. “We can’t stop an attack unless we can see it.”

The most immediate priority is securing the “dot-mil” domain, the chairman said. “But in the event of a domestic cyber crisis,” he added, “our cyber forces will work in support of the Department of Homeland Security and the FBI, who lead our nation’s response in the dot-gov and dot-com domains.” 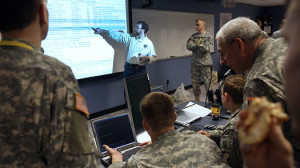 To ensure this force is able to operate quickly, the Defense Department now has a “playbook” for cyber, Dempsey said, noting that a presidential directive codifies how each part of the government will respond in the event of a serious cyberattack. Under this directive, the department has developed emergency procedures to guide its response to imminent, significant cyber threats, the chairman said. The Defense Department is updating its cyber rules of engagement for the first time in seven years, he added, and also is improving mission command for cyber forces.

While cyber may be the nation’s greatest vulnerability, Dempsey said, it also presents the military with a tremendous asymmetric advantage. “The military that maintains the most agile and resilient networks will be the most effective in future war,” he told the audience. “This is the kind of force we are building for the future.”

Each branch of the military is doing its part, the chairman said, by investing in equipment and personnel that will ensure the joint force can operate in cyberspace as capably as it can on land, sea, air, and space. The next step is the planned Joint Information Environment, he said — a single, easy to secure, joint network delivering data to the department’s personnel wherever and whenever they need it.

“As part of this new Joint Information Environment, we’re building a secure 4G wireless network that will get iPads, iPhones and Android devices online in 2014,” the chairman said. “With tools like this, the smartphone generation joining our military will help us pioneer a new era of mobile command and control.”