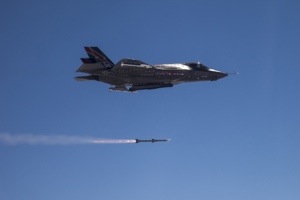 The Pentagon on Friday awarded Lockheed Martin and the F-35 team two contracts worth about US$7 billion, for 71 more F-35 fighter jets. For the US Air Force, Marine Corps, Navy and the air forces of Norway, Italy, Australia, and the UK.

The U.S. Defense Department said it signed a $3.7 billion contracts for a sixth Low Rate Initial Production (LRIP 6) batch of 36 F-35 aircraft, with the average cost of the planes down 2.5 percent from the previous deal. All but $743 million of that amount had already been awarded to the company under a preliminary contract. The two sides also signed a $3.4 billion contract for the production of 35 aircraft in a seventh batch (LRIP 7), which reflected a 6 percent drop in the average price from the fifth group (LRIP 5), the Pentagon said in a statement. The Pentagon has projected it will spend $392 billion to buy a total of 2,443 stealthy F-35 fighter jets over the next few decades to replace F-16, F-15, F/A-18 and other warplanes used by the U.S. Air Force, Navy and Marine Corps.

The Pentagon’s F-35 program office said the cost of each F-35 conventional takeoff A-model jet would drop to $98 million in LRIP 7, excluding the engine, from $103 million in LRIP 6. It marks the first time the price of the jet will have dipped below $100 million. The U.S. government buys the engines directly from Pratt & Whitney, a unit of United Technologies Corp., under a separate contract. Lockheed and the Pentagon announced an agreement in principle for the next 71 jets on July 30.

LRIP 6 modifications included $742 million modification covering the manufacture and delivery of two F-35A for Australia and three F-35A for Italy. The LRIP 7 award covers 19 F-35A aircraft for the Air Force, six Short Take-Off and Vertical Landing (STOVL) F-35B variants for the U.S. Marine Corps; and four F-35C Carrier Variant (CV) aircraft for the U.S. Navy. In addition, this award also allocates $612 million for the production of six foreign fighters – two F-35As for Norway; three F-35As CTOL aircraft for Italy and one F-35B for the United Kingdom. Aircraft deliveries are expected to be completed in October 2016. The F-35 also remains in the running for a 60-jet South Korean fighter competition after Seoul this week rejected a bid by Boeing Co involving its F-15 Silent Eagle fighter jet