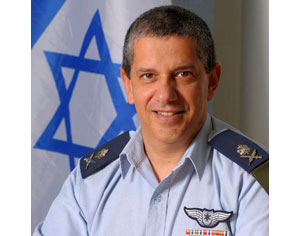 Following changes in the scale of the Air Force’s missions and responsibilities, the position of Chief of the Air Group will be divided by two brigadier generals and a new officer will be appointed to oversee coordination with the Ground Forces. These represent the most significant structural change in the Air Force has undergone since the Yom Kippur War.

The changes were required in response to the changing nature of the threats with which the IDF will contend in the coming years, as they enable the Israel Air Force to better respond to the shifting geopolitical climate in the Middle East and to the changing nature of combat. Under these changes, the Chief of IAF Air Group position will be split into two positions – Chief of Aerial Operations and Chief of the Air Group, which will deal with instruction and training.

The Operations Division will now come under the command of the Chief of Aerial Operations and will consist of three colonels who will oversee all operations divided into the following categories: strike operations; defensive operations (including most of the active air and missile-defense systems); and joint operations with the IDF Ground Forces.

The Air Intelligence Group will also be augmented by a new operations division which will oversee effective coordination between intelligence and operations in the Air Force.

The operations staff of the Israel Air Force has not undergone organizational restructuring on this scale for the past forty years. The historic change represents more than just an expansion of positions, it reflects the wider growing expectations and responsibilities borne by the Air Force in the current age of regional uncertainty.