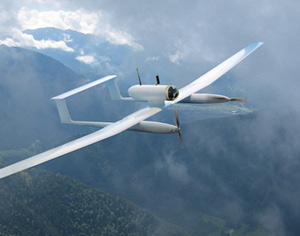 The Austrian Ministry of Defence has ordered six Tracker mini unmanned air systems (comprising a total of 18 aircraft) under an initial contract worth €3 million. These systems will provide the initial inventory for operational evaluation with the Austrian Armed Forces. Follow-on procurement of more systems is expected by 2016 and 2017, according to the Austrian Defense Forces capability development plan. The entire program is estimated to cost €18 million (US$25.1 million).

The competition for this contract was won by Survey Copter, a wholly-owned subsidiary of Cassidian SAS, responsible for the development and manufacturing of miniature aircraft and helicopter UAVs, in cooperation with the Kapsch Group, a Vienna headquartered international road telematics, information technology and telecommunications company. Kapsch will provide local support and training.

The Tracker will enhance the Austrian forces operability, particularly in peacekeeping contingencies. Its missions including detection, reconnaissance, identification, classification, tracking, over-the-hill targeting, target or axis designation, special force and anti-terrorism action, littoral / border control, force protection, convoy support, dismounted warfighter missions and Military Operations in Urban Terrain (MOUT). Following a pre-programmed and reconfigurable plan in the course of the mission, the Tracker flies entirely automatically, which enables the operators to devote themselves to their reconnaissance assignment.

Composed by an aircraft and a ground station, the short-range mini-UAS Tracker is a hand-launched system, carried as a backpack. The ground station, consisting of two PCs and control units with joysticks, is coupled to a data link antenna tracking the aircraft in real-time. 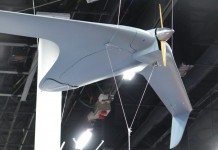 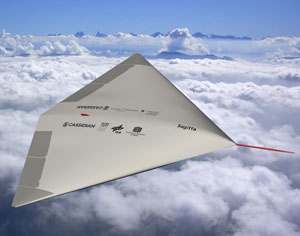