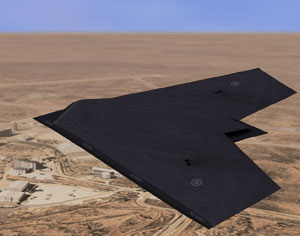 The BAE Systems Taranis unmanned combat air vehicle (UCAV) demonstrator has made its maiden flight and is currently conducting initial flight trials, the UK Ministry of Defence (MoD) confirmed in written statement submitted to the UK parliament’s defence select committee. “Flight trials are currently ongoing,” an MoD spokesperson said. Neither the MoD nor BAE Systems were able to confirm the date of the maiden flight at this stage. However, a full statement by the MoD will be issued when the Taranis flight trial programme has been completed, the spokesperson said.

Flights are understood to be ongoing at the Royal Australian Air Force’s Woomera Testing Range in South Australia where previous unmanned flight test campaigns took place, including the Mantis, Herti, Corax and Raven systems. The United Kingdom is highly secretive about the Taranis UCAV, which is known to have been seen in public on only two occasions.

The aim of the Taranis concept is to explore stealthy unmanned aircraft capabilities in striking targets with real precision at long range is possible, maintaining the human control in the loop.

Testing such an unmanned system requires a different approach and testing regime, when compared to the testing of traditional manned platforms, as flights are comprehensively simulated and tested on the ground before the actual flight. This procedure is necessary to ensure that all functions and flight algorithms are properly responding to all flight conditions, thus reducing the risk involved in such unmanned flight

The first flight of Taranis follows on from the maiden flight of the pan-European Neuron UCAV technology demonstrator on 1 December 2012 and extensive carrier-based testing of the Northrop Grumman X-47B in 2013.

As a technology demonstrator vehicle (TDV) Taranis is not intended to enter production. According to the MoD evidence to Parliament, “It will provide the MoD with experimental evidence on the potential capabilities, helping to inform decisions on the future mix of manned and remotely piloted systems.” The total cost of the Taranis project is GBP £180 million (USD291.3 million).

Initial ground trials began in 2010 and continued through 2012. Before shipping to Australia the low observable (LO) platform completed radar cross section tests at BAE Systems’ Warton site and the initial analysis has indicated that the programme has met and potentially exceeded the extremely challenging targets jointly aspired to by the UK’s Ministry of Defence (MOD) and Industry. In parallel, testing of the propulsion system has been completed at Rolls Royce. These tests also included infra-red signature measurement, confirming the platforms’ low observable characteristics.

Initial flight trials were originally planned in 2011/2012 but were shifted to 2013 after the UK MOD requested further ground testing in 2012. “The progress being made on the programme, and the learning we are taking from it, is very positive and the drive now to getting Taranis in the air clearly shows the confidence Industry and the UK’s MOD has in the UK’s ability to develop world-leading unmanned combat aircraft technologies and capabilities.” Tom Fillingham, Future Combat Air Systems Director at BAE Systems said prior to the aircraft delivery for testing in Australia.

The prime contractor for Taranis is BAE Systems. The company has formed a teaming arrangement combining Rolls-Royce, the Systems division of GE Aviation (formerly Smiths Aerospace) and QinetiQ. BAE Systems, as prime contractor, is responsible for the low observability, systems integration, control infrastructure and full autonomy elements (developed in partnership with QinetiQ), while Rolls-Royce will is focusing on the development of the propulsion system (believed to be a derivative of the  Adour Mk.951 turbofan) and GE Aviation is responsible for delivering other vehicle systems.