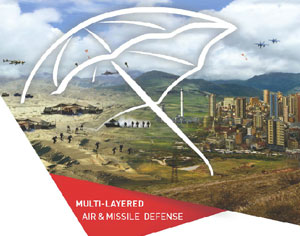 For over two years Israel’s defense company RAFAEL has been promoting its combat proven dual mission Iron Dome in South Korea. Seoul ADEX Daily News reports. Korean military officials often claim that investing in defensive could lead the country into bankruptcy as the attacker will always have cheaper means to outnumber those defenses. The same controversy followed the evolution of Israel’s missile and rocket defense systems through the 2000s. It was after the 2006 Lebanon War that Israel woke up to the reality of full-scale asymmetric attack, that lasted over a month, bringing the country’s economy to a standstill.

The system, developed as a counter rocket, artillery and mortar (C-RAM) has also evolved to address Very Short Range Air Defense (VSHORAD) and counter-UAS capabilities, all three missions are major concerns for Seoul. Iron Dome was developed from the outset as an affordable, effective and innovative defense solution to the asymmetric threats of short-range rockets. Based on past experience and asymmetric warfare trends worldwide, these weapons are the more likely to be employed by Pyongyang, when seeking military escalation, yet trying to evading the ‘tripwire’ of retaliation and full-scale conflict.

Since becoming operational by the Israeli Air Force in April 2011, Iron Dome successfully intercepted over 500 rockets that were fired from the Gaza Strip at Southern Israel. More significantly, the new defensive capability enabled the Israeli leaders to contain escalation that previously have drown it to forceful retaliation at the time and scale that born negative effect to Israel. These assets were instrumental in protecting strategic sites such as power stations, maritime ports, military airfields and urban centers.

Similarly, in recent months Iron Dome units were deployed to the northern areas of Israel, prior to strategic strikes allegedly carried out by the Israel Air Force, against shipments and concentrations of advanced weaponry en-route to Iranian backed terrorists in Lebanon. These deployments provided precautionary steps protecting the country’s strategic assets from potential retaliation by rocket attacks from Syria or Lebanese Hezbollah.

Iron Dome is an advanced defense system, designed for quick detection, discrimination and interception of rockets & mortar threats with ranges of up to 70 km and against aircraft, helicopters, UAVs and PGMs. The system is effective in all weather conditions, including low clouds, rain, dust storms or fog. Key to the system’s effectiveness is its selective defense capability – its ability to discriminate between threats headed towards the defended area and those that will fall into the sea or open fields, thus reducing cost-per-kill, limits unnecessary interceptor launches and minimizes collateral damage. A single launcher can protect against a medium-size city.

Iron Dome uses a unique low-cost interceptor called Tamir, with a special warhead that detonates the targets in the air, within seconds from its detection, without deviating the target from its trajectory. The system has a proven record handling multiple threats and rocket salvos, simultaneously and efficiently.