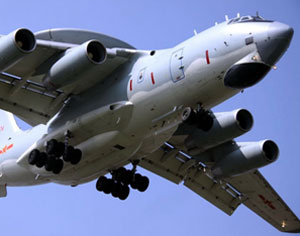 Chinese analysts are suggesting improvements in the People’s Liberation Army’s air surveillance and control systems have helped Beijing gain the confidence to back the ADIZ declaration. China is the last major power in the region to set up such an identification zone, as effectively policing the area requires advanced coastal and airborne radar systems and the capability to track, identify and monitor numerous flying objects simultaneously.

For years, the PLA struggled to obtain such technologies and develop its own airborne early-warning systems, since Western countries put an embargo on the sale of such equipment to Beijing, following the Tiananmen Square crackdown in 1989.

“The declaration is not only a testament to China’s awareness of the need to protect its rights in the air and at sea, it also shows the PLA’s capabilities of mastering the technology,” Xu Guangyu , a retired PLA general told the South China Morning Post.

The centerpieces of China’s new air surveillance system are the airborne early-warning and control systems developed by the PLA. China is one of only four countries – Israel, Russia and the United States being the others – to have mastered such systems.

“The PLA’s air defense systems have undergone some major upgrades over the years, achieving improvements in early-warning equipment, air reconnaissance and surveillance that enable the military to deal with all sorts of foreign flying objects entering into the Chinese air defense identification zone,” he added.
The military unveiled its KJ-200 and KJ-2000 early-warning aircraft in 2009. Beijing has refused to disclose the exact number of the airplanes in service. Earlier this month, photos of the PLA’s next generation early-warning aircraft known as KJ-500 appeared on mainland military websites. It is reportedly smaller and more agile than previous aircraft. 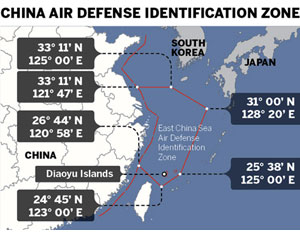