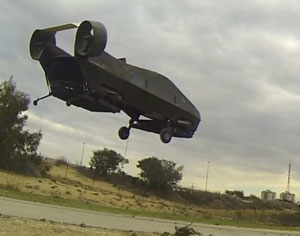 The Israeli developed AirMule, an unmanned VTOL (Vertical Takeoff and Landing) aircraft developed by the Israeli company Urban Aeronautics successfully completed a major milestone in preparation for full mission demonstrations scheduled for next year. In the recent weeks the aircraft has completed several fully automatic test flights in which it carried out take-offs, flights to and from a specified location and landing back at its point of origination.

The 1-ton unmanned vehicle is unique from other vertical take-off and landing (VTOL) aircraft in that it has no exposed rotors. The vehicle uses two ducted fans powered by a Turbomeca Arriel turboshaft engine. This allows the aircraft to fly in densely vegetated and urban airspace that is off limits for any other aircraft. The autonomous testing also include the use of a sensor and marker used for the designation of the landing point. The marker is placed by the ground element at the landing point. During final approach the sensors are estimating the position of the marker relative to the aircraft, providing reference for the flight control plan executing an autonomous final approach for landing next to the marker.

The AirMule is the first application of Urban’s patented Fancraft technologies, the foundation for a family of internal rotor (modified ducted-fan) aircraft with both manned and unmanned, civil and military applications. Due to their internal rotors, compact design and revolutionary ‘six-degrees-of-freedom’ mobility, these aircraft are uniquely suited to flight inside of cities and other obstructed environments where both fixed wing aircraft and traditional rotorcraft are unable to operate. The system is also suitable for manned and unmanned shipboard operation, offering safe and efficient recovery on a ship landing deck even at high sea conditions. Urban’s subsidiary, Tactical Robotics Ltd was founded to develop the Fancraft technologies and market these platforms to the military and unmanned market. The Fancraft technologies are supported by 37 registered (granted) patents and 12 additional in the process.

In parallel to the ‘standard’ Fancraft design, Urban Aeronautics has developed a unique configuration that has the potential of obtaining cruise speeds of up to 250 Kts. This high speed variant will be able to introduce high-speed, unmanned cargo delivery capability. 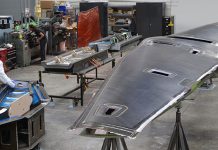 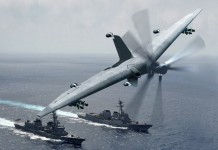 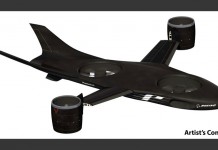 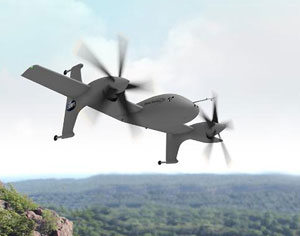