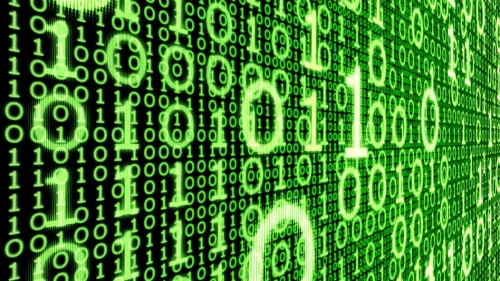 In the cyber security world, 2013 has been more than a bit of an eye-opener for most people. The level of sophistication and power that some people wield over your online activity has been revealed to be far greater than almost everyone ever imagined.

But while law enforcement agencies like the NSA and GCHQ have almost limitless power to monitor your online life, cyber-criminals have also developed more and more sophisticated methods of stealing your money, and more importantly your data.

As more and more of our lives become digital, this trend is only likely to continue, the International Business Times (IBT) asked experts around the world to tell what they think the cyber threats for 2014 will be. Following are excerpts of the original article published on IBTimes on 31 December, 2013.

Dark web will become the only truly world-wide web
Alexander Gostev, chief security expert at Kaspersky Lab, says one of the big results of the Snowden revelations will be the break-up of the traditional internet, with the deep web left as the only truly global network. Trend Micro’s Rik Ferguson adds that the Snowden revelations have led cyber criminals to turn to ‘darknets’, with the most popular darknet being The Onion Router (TOR), which hides a shared file’s origin and destination.

Death of Windows XP a boon for hackers
Ken Westin, security researcher at Tripwire says the end of life for Windows XP in April will be a boon for malicious hackers who will have “an arsenal of saved unreleased vulnerabilities at their disposal. With every Patch Tuesday hackers will be reverse engineering patches to see if the vulnerabilities for Vista through Windows 8 also affect XP.”

Adobe passwords will be cracked
Westin believes the 130 million encrypted passwords that were part of the Adobe compromise will be decrypted within the next few months, providing malicious hackers with a large database of passwords to use in brute force tools as well as additional compromises simply because people use the same passwords on multiple accounts.

Mobile malware to reach new levels of sophistication
Craig Young, security researcher at Tripwire says: “I suspect that in 2014 we will see mobile malware reach new levels of sophistication as BYOD becomes more prevalent in the workplace. Mobile devices may be targeted not only for the data they store but also for the systems and services they can access. To combat this threat, end users need to become more vigilant about the applications they install and the networks they connect to with their smartphone or tablet.”

Cyber-criminals will find new ways to steal your money
Kaspersky Lab’s experts expect cybercriminals to continue developing tools to steal your cash in 2014 – directly or indirectly. “To support indirect thefts, it is likely that we will see more sophisticated versions of the Trojans which encrypt the data on mobile devices, preventing access to photos, contacts and correspondence until a decryption fee is handed over. Android-based smartphones will no doubt be the first to be targeted.”

The full article by David Gilbert is accessible on IBTimes.