Tension is rising in Peru and Chile awaiting the verdict of the International Court of Justice (ICJ) in The Hague on a maritime border dispute dating back to the 1980s. The verdict is expected on a meeting of the ICJ scheduled for January 27, 2014. Until recently, Chile was convinced that its position was legally very strong, but it now faces the potential loss of perhaps half of the contested waters. The recent outcome of the Colombia-Nicaragua case by the ICJ has led both Chileans and Peruvians to believe that their own disagreement will receive a similar ruling.

The same tribunal has ruled on Nov. 19, on a similar dispute between Colombia and Nicaragua. The two countries were vying for sovereignty of the San Andrés islands – a group of seven small islands in the Caribbean that have been under Colombian control for over one hundred years. The ICJ allowed Colombia to maintain its sovereignty of the islands, but also, and rather unexpectedly, awarded Nicaragua the area of sea stretching from the Central American coast to the group of islands.

The dispute between Chile and Peru is based on 37,500 square kilometers of sea located near the border between the two countries: The area was under Peruvian control from the foundation of Peru until 1879 when, as a consequence of the War of the Pacific, it passed into Chilean hands where it has remained for the last 130 years.

The ruling from The Hague awarded something to both parties involved, in an attempt to be fair and just, but in Colombia the outcome was seen as a failure for the country and for Juan Manuel Santos’s government. In response, the Colombian government rebelled against the court’s ruling. They decided to keep their ships in the waters that were awarded to Nicaragua and, a few days later, President Santos announced that Colombia would be withdrawing from the Pact of Bogotá, a treaty dating from 1948 in which the independent republics of America agreed to resolve all territorial disputes peacefully by appealing to the ICJ in The Hague.

So far both sides have insisted that they will abide by the judgment delivered by the International Court of Justice, but the former commander in chief of the Navy, Admiral (r) Edmundo Gonzalez, considered a complete withdrawal from the area would be ‘impossible to implement’, at least in the near term. “That’s impractical. Changing the responsibility over the SAR areas (Search and Rescue) could take a year” Admiral González commented. The admiral, who was Commander in Chief of the Navy between 2010 and 2013. 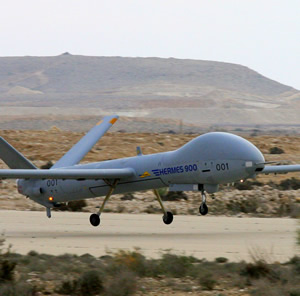