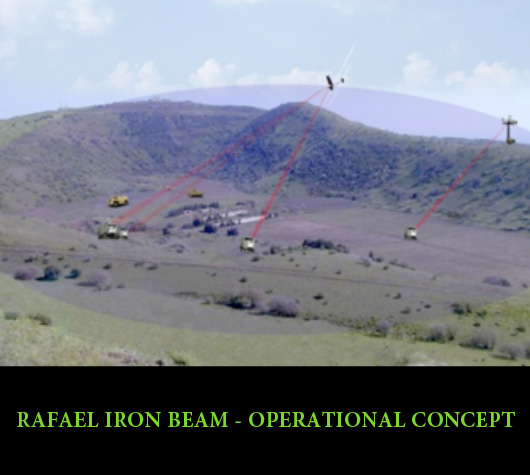 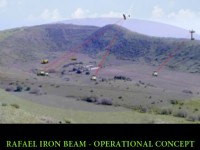 Israel plans to implement a fifth ‘active defense’ layer in its national multi-layered air and missile defense system, aimed to provide an affordable countermeasure against threats at ‘very short range. The new capability will be able to protect border communities and military installations, offering point defense against various aerial threats.

These elements could consist of the new ‘Iron Beam’ system, a mobile High-Energy Laser Weapon System (HELWS) developed by RAFAEL. ‘Iron Beam’ is designed to destroy targets by irradiation with a directed High Energy (HE) laser beam. The system will have a wide range of applications – from engagement of airborne targets, acting as a Counter Rocket, Artillery, Mortars (C-RAM) to Counter-Unmanned Aerial Vehicles (C-UAV)s or surface-based targets. It is designed for operation as part of air-defense system or as a stand-alone system, at day or night-time.” RAFAELs communiqué said.

Elements of the High-Energy Laser Weapon System (HELWS) will be unveiled in February at the Singapore Airshow, with more details and system-representative elements to be displayed at the Eurosatory exhibition in June this year.

The video above shows excerpts from the Boeing/US Army HEL-MD test in December, where the High Energy Weapon engaged unmanned vehicles and mortar bombs, destroyed in flight. (DOD Video)

The Israeli project is not the first to enter testing. Development of similar programs was accelerated in recent years in the USA and in Europe, addressing urgent needs for better protection of NATO forward bases in Afghanistan (ISAF).