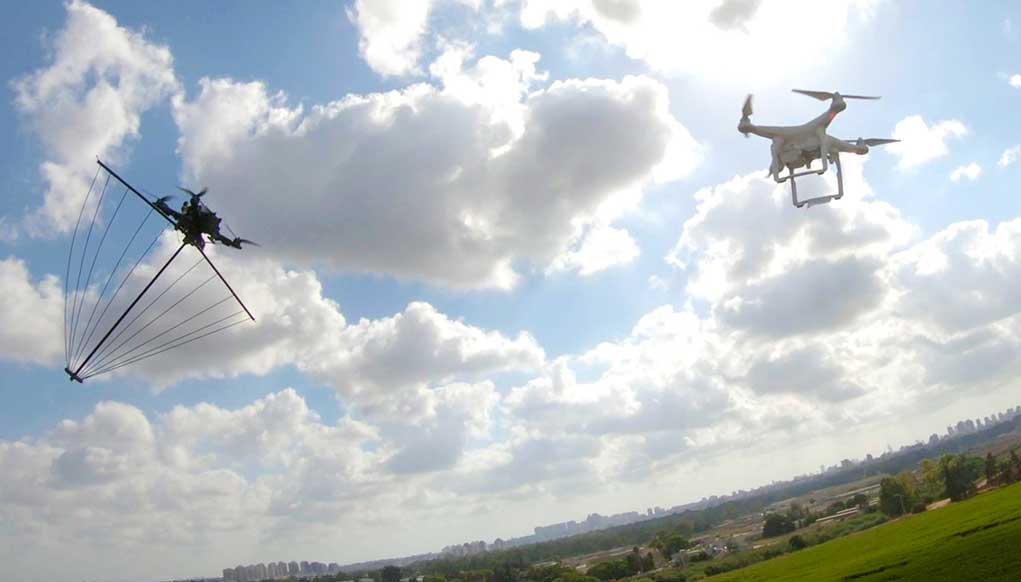 Sending machines to battle, instead of human operators, sounds like science fiction, but this is precisely what XTEND’s Skylord does today. While the current Skylord family members do not shoot weapons, they perform missions in hazardous conditions, enabling their human operators ‘sit inside’ the drones and perform the mission remotely. This telepresence technology disrupts HLS, military, and first responder’s markets, making the need to risk lives obsolete.

“This joint activity implements novel technological capabilities taken from the field of AR, from the world of gaming,” said Lt. Col. Menachem Landau, Head of the UAV Branch in the Directorate of Defense Research and Development (DDR&D) of Israel’s Ministry of Defense. According to XTEND, only a few hours are required to master a flight, and, within a few days, soldiers can achieve initial operational capability with the system. “It enables troops to employ intuitive, battle-proven, and precise systems, following a minimum training period, to engage hostile flying objects such as drones.”

Skylord uses an integrated sensor and payload system, provided as part of the system. Computer vision processing of onboard camera feeds perform simultaneous localization and mapping (SLAM) calculations, enabling the drone to self localize in space. Additional processing using machine learning performs heuristic predictive visual and spatial analytics, enabling the drone to understand complex spatial relations with obstacles, and targets, thus follow operator directions and intent. While operation and control are best performed using VR, providing the most efficient and accurate means of control. By adapting communications techniques, using video compression and decompression, and optimizing interface, XTEND managed to overcome latency to comfortable levels. The sensor feeds from the drone can be displayed on tablets, eyepieces, and wrist displays. The entire system, including the controller and AR viewer, weigh less than two kilograms.

The Skylord family comprises three platforms – Xtender, Hunter, and Wolverine, each is designed to perform a specific mission set.

Xtender – a mini tablet-sized (25 cm) drone powered by four ducted rotors, Xtender is designed for indoor surveillance. The onboard cameras are used for localization and orientation, obstacle management, and situational awareness. Xtender packs powerful indoor navigation capabilities in a small form factor; AR telepresence enables human operators to ‘sit inside’, navigating the drone into the confined spaces, moving ahead of an assault team as they enter to clear a building in close-quarter combat (CQB).

“Using intuitive AR control, operators can easily ‘slide’ under sofas or through narrow spaces, flying through galleries or underground spaces.” Ido Baron, VP Business Development told Defense-Update. “Designed for operation in close quarters, Xtender is equipped with communications to maintain a stable link with the lead section through several floors.” When missions extend over more complex indoors, several Xtender drones will be able to implement a MESH network to cover a larger indoor space.

Wolverine is the heavier member of the family, equipped with a mechanical arm that can grip packages or sling loads, lifting 3 kg. The Wolverine has been operational and has performed in over 100 counter-IED missions. The drone can deliver cargo within 10 centimeters of its designated target, thus safely manipulate suspected explosive device scenes, clearing within seconds events that would have taken hours to solve.

Hunter: A multi-purpose drone system, the Hunter has been used primarily in Counter-UAV missions. This combat-proven system has been fielded with the Israeli military. It is undergoing testing as part of an operational pilot program launched by the US Combating Terrorism Technical Support Office (CTTSO).

Under the program, XTEND is delivering dozens of systems, each weighing less than two kilograms, comprising three drones, an virtual reality viewing system, and a hand controller. The drone can be used for surveillance, dashing to its target at 150 km/h. It can also perform drone interceptor missions using a specially designed C-UAS net. For that mission, the Hunter is flown toward its target dragging a net; as it gets closer to the target, the drone takes a course that brings the net to entangle with the target drone. The net is detached from the Hunter that continues its flight and lands safely near the operator.

According to Shapira, since the interceptor drone is fully controlled throughout the mission, Hunter provides a simple, safe, and cost-effective C-UAS hard-kill solution. Hunter was proven in over 2,500 successful intercepts over the border with Gaza, where it was deployed against hostile drones and incendiary devices. Since the Hunter drone remains intact through the intercept, and the net assembly can be reused, the system has a low cost per intercept. Among those that have seen extensive use, single Hunter platforms have downed more than 90 targets without a loss.

XTEND, the Skylord drone family’s Israeli developer, demonstrated drone-defeating capabilities to Spanish authorities as part of an evaluation event hosted by the Spanish Ministries of Interior and Defense in Asturias Airport, Spain. The event featured 16 counter-drone technologies; each company had to perform several tests to demonstrate how they maintain their designated area security and defeat hostile drones while being compatible with the airport’s operational communication and navigation services. According to Shapira, XTEND performed ‘kinetic intercepts’ intercepting the target drone before entering into the airspace of the protected airport perimeter. Shapira concluded, “The successful evaluation here shows the way we can revolutionize how airports can survey and protect their airspace from drones and other aerial threats that place aircraft at risk.”