The foreign ministers of the European Union (EU) meeting today in Brussels are expected to approve a European military intervention in the Central African Republic, a decision backing up the French and African Union peacekeeping operations already taking place in the region. Hundreds of people have died and about one million have been displaced by violence between Christians and Muslims.

The EU is seeking to deploy troops to support the U.N mission in CAR (BINUCA) as quickly as possible to avert what the red cross has warned as “massive humanitarian catastrophe”. The European military mission is planned to include the deployment of several hundreds of troops (up to one thousand) for a period of six months, with deployments at the capital Bangui, where thousands of refugees are concentrated seeking refuge and protection of international forces. Countries expected to send troops are France, which has already deployed 1,600 troops in the country, Estonia, Belgium, Poland, Sweden and the Norway. The EU force would likely take the form of infantry units with support such as surveillance communications, logistics, medical support and transport, including helicopters for internal mobility. Defense News wrote.

Initial deployment of the EU force could happen within 30 days, but that depends on the force generation process and changes in the situation in CAR. A headquarters in Europe and one in the CAR would likely be set up. The deployment will require obtaining a mandate from the United Nations Security Council. The current U.N. resolution covers the deployment of 1,600 French soldiers already on the ground, alongside more than 3,500 African Union peacekeepers from Congo, Burundi and Rwanda. The forces are assisted with support from the US Africa Command.

The EU ministers are hoping the intervention will contribute to stabling the environment and creating a firm ground for political reconciliation between the two sides. The Central African Republic’s provisional parliament is in the process of voting in a new leadership, after transitional president Michel Djotodia stepped down ten days ago under international pressure for failing to end the violence. “The current crisis is affecting the majority of the population (4.6 million, half of them children). Almost 60% of the Central Africans are in dire need of aid. As of 15 January, there were about 886,000 internally displaced persons (IDPs) in CAR. More than 86,000 Central Africans have sought refuge in neighbouring countries in the last year. Humanitarian access has been restricted by insecurity. Lack of access makes it difficult to monitor the overall humanitarian situation and deliver the urgently required assistance to those suffering the consequences of violence.” the Centre for Agricultural and Rural Cooperation (CTA) blog reports.. 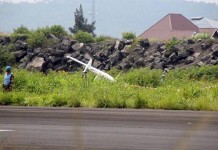 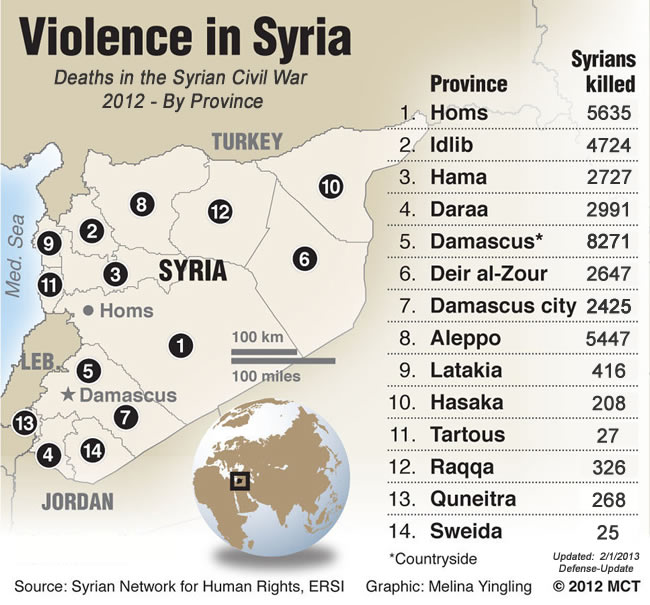 U.N. Report Estimates the Death Toll in Syria Has Exceeded 60,000