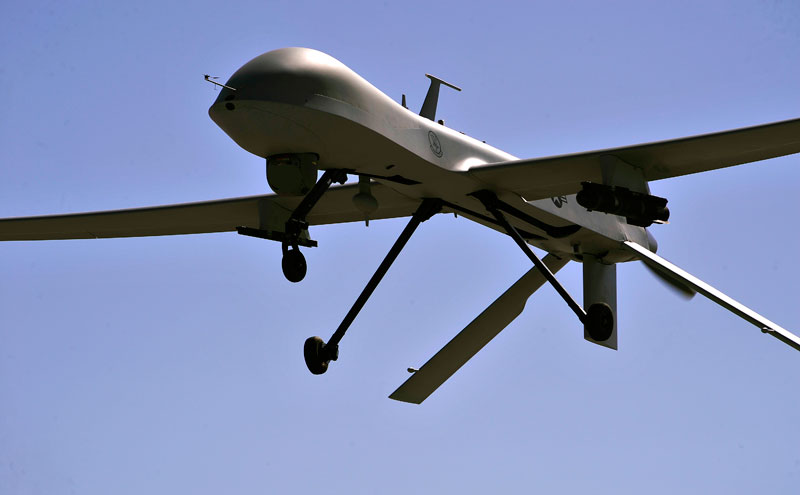 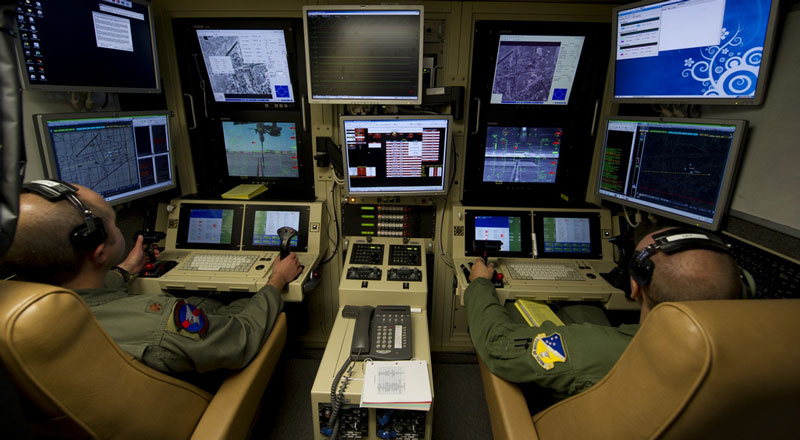 Since 2008 the US Air Force has more than tripled the number of its active-duty pilots flying Remotely Piloted Aircraft (RPA) – including General Atomics MQ-1 Predator, MQ-9 Reaper and Northrop Grumman RQ-4 Global Hawk, as well as a number of operational types that are still secretive ‘black’ programs. Due to the increase in demand, and introduction of more capable platforms carrying multiple payloads, RPA pilots have had a significant increase in workload, and insufficient training, a report by the US Government Accountability Office (GAO) determined.

The expanded use of RPA took these platforms beyond the traditional intelligence, surveillance, and reconnaissance (ISR) role they were originally designed for. For the past decade the MQ-1 and the MQ-9 are sharing the burden in combat missions worldwide, outfitted with missiles to strike targets, target designators to mark targets for manned aircraft and sensors able to locate the positions of improvised explosive devices and insurgents activity.

Since 2010 the Air Force is building an RPA force able to sustain 65 Combat Air Patrols (CAP) anywhere in the world; to operate this formidable airpower the air force will require more than 1300 pilots. Today, about 40 percent of these pilots are are qualified to fly manned aircraft. By the year 2022 the Air Force intends to raise a cadre manned almost entirely by dedicated RPA pilots.

The Air Force spends considerably less to train RPA pilots than it does to train manned-aircraft pilots. While training a pilot for through Undergraduate Pilot Training course may cost $557,000 in average, training an RPA pilot costs about $65,000 to reach a parallel proficiency level flying drones.

However, in the first three years of this program, recruitment goals for RPA pilots were missed, as new recruits don’t want to fly RPAs. Excessive workload, and the negative public perception are part of the reasons, but negative perception within the Air Force is also a major concern.

“Headquarters Air Force officials, RPA pilots in some of our focus groups, and one unit commander stated that some in the Air Force view flying RPAs negatively, resulting in a stigma” the GAO report indicated. Overcoming this stigma may be difficult because most of the RPA activities and their role in securing warfighters and national security are classified.

Another aspect affecting the quality of life of RPA pilots is the ‘Remote-Split’ method of RPA operation. “The Air Force has not fully analysed the challenge pilots face to balance their war fighting roles with their personal lives” GAO said, while the RPAs themselves and their support personnel are forward based at or near conflict zones, their pilots and mission system operators are based in the USA and live at home. This uncommon service, called ‘deployed on station’, exposes RPA crew members to the experience combat alongside their personal lives, which negatively affects their morale. Lower than average promotion rate among RPA pilots doesn’t add to their satisfaction either, the report stated.

Excessive workload is another causes of dissatisfaction among RPA pilots. In 2008, the Air Force determined the optimum number of RPA pilots for some of the units but hasn’t updated this ratio to reflect the growing mission diversity and workload. Back in the mid 2000s the crew ratio for the MQ-1 Predator was determined to be 10:1 – ten crews supporting a Predator RPA on a 24 hour mission. Since then, the Air Force has introduced the MQ-9 Reaper, which carries more weapons and sensors and can fly longer missions, but the crew ratio for the Reaper is still 10:1. The GAO found that in most units, the ratio is significantly lower than this goal.

”Low crew ratios diminish combat capability and cause flight safety” the report stated, adding that the Air Force not only operates below the optimal ratio, it hasn’t met even the minimum crew ratio. “High work demands on RPA pilots limit the time they have available for training and development and negatively affects their work-life balance” the DOD stated.

These conditions also challenge recruiting and contribute to low retention rate among pilots. “High performing organisations tailor their recruiting and retention strategies to meet their specific mission needs” the report said, “but the Air Force has not tailored its approach to recruiting and retaining RPA pilots nor considered the viability of using alternative personnel such as enlisted personnel and civilians.

The Air Force commented it is updating recruitment and retainment of RPA crews and is working to update its crew ratios but has rejected the use of enlisted personnel to fly and operate drones.

Each of the US Military services is operating RPA differently. The U.S. Air Force assigns officers to fly RPAs and enlisted personnel to operate the RPAs’ sensors, which provide intelligence, surveillance, and reconnaissance capabilities. In addition, the Air Force relied solely on manned-aircraft pilots to fly RPAs until 2010, when it established an RPA pilot career field for officers who specialize in flying RPAs and are not qualified to fly manned aircraft. The Navy also assigns officers to pilot RPAs, and enlisted personnel to operate RPA sensors. However, the Navy has not established a separate career field for pilots who specialize in flying RPAs and instead assigns pilots of manned aircraft to operate them. By contrast, the Army and Marine Corps have opted to assign enlisted personnel to fly RPAs and operate their sensors. Further, in both the Army and Marine Corps, there is no distinction between the pilot and sensor operator.