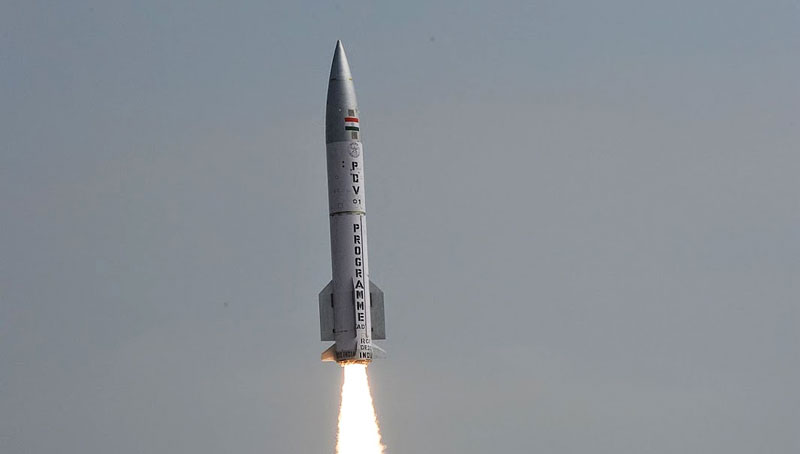 India has tested a new Exo-Atmospheric variant of the ‘Prithvi Defence Vehicle’ (PDV) missile interceptor, capable of engaging ballistic missiles fired from distances up to 2,000 kilometers. The PDV is designed to destroy such targets outside the earth’s atmosphere. On the test that took place at the Wheeler island, off the Orisa coast on April 27, the interceptor has destroyed its target at an altitude of 120 kilometers above sea level, indian authorities confirmed. The demonstrated altitude has substantially surpassed that of previous Prithvi Air Defence (PAD) missile, which were performed at 75 km altitude.

The PDV interceptor uses inertial navigation guidance to establish the initial course to a position in space where it is expected to locate its target, at that phase an Infrared (IR) seeker acquires the target and updates the missile’s mission computer to guide the weapon to an intercept course.

Introduced in light of the ballistic missile threat from Pakistan, the Indian missile defense program is designed as a two double-tier system consisting of two interceptor missiles – the Prithvi Air Defence (PAD) missile for high altitude interception, and the Advanced Air Defence (AAD) Missile for lower altitude interception. The new PDV enhances the upper tier to provide deeper exo-atmospheric capabilities, engaging missiles with ranges of 2,000 up to 5,000 km (in the future).