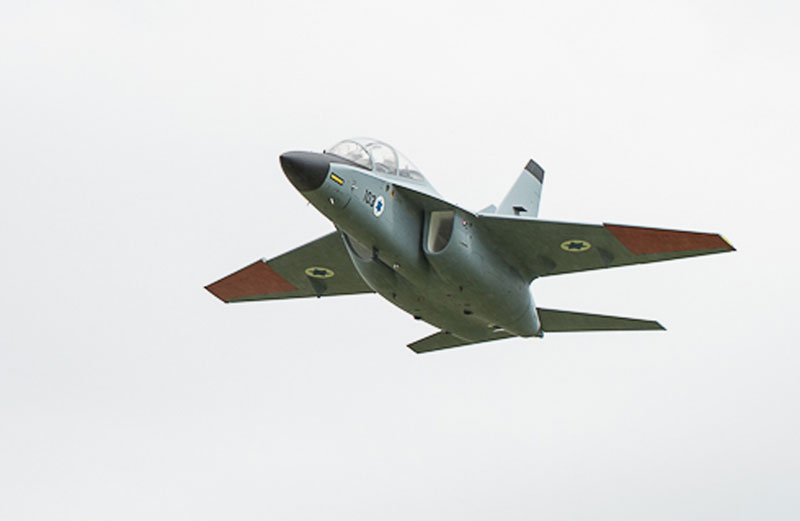 The first two Lavi advanced trainer M-346 produced for the Israeli Air Force (IAF) by the Italian company Alenia Aermacchi have been delivered yesterday to the Hatzerim Israeli Air Force Base in the Negev Desert. These aircraft will gradually replace the TA-4s currently operated by the IAF. The delivery took place at the southern base located within the range of Hamas rockets, fired daily at the town of Beersheba. On their route from Venegono Superiore, Italy the two jet trainers flew over the Mediterranean sea and passed through the crowded Israeli airspace, risking Palestinian rockets and Israeli ‘Iron Dome’ interceptors fired against the Palestinian rockets.

We appreciating the Italian commitment to deliver the aircraft on time, despite the difficult conditions imposed by ‘Operation Protective Edge’, it shows we have true partners in Italy

“This is a beginning of a strategic shift, these aircraft will become the instrumental platform training the pilots that will be defending our nation in the future” Hatzerim base commander, Col. Tal Kalman said. “We appreciating the Italian commitment to deliver the aircraft on time, despite the difficult conditions imposed by ‘Operation Protective Edge’, it shows we have true partners in Italy”.

In less than two years, has signed the contract, performed the roll-out of the first aircraft last March and delivered the first two M-346s, on time with the programme. A result which marks the excellent team job achieved in strict collaboration with Alenia Aermacchi’s industrial counterparts, TOR and Honeywell”, the company declared.

Meanwhile Alenia Aermacchi’s site of Venegono (near Milan) continues the production activities: in addition to the two aircraft delivered, other 6 M-346s for the IAF are completing final assembly whereas 5 others are in the process of structural part assembly. All 30 aircraft are expected to be delivered by the end of 2016.

In July 2012, Alenia Aermacchi, a Finmeccanica company, was awarded a contract from the Israeli Ministry of Defence (IMOD) to supply 30 M-346 advanced jet trainer aircraft and to include ground based training systems in collaboration with other Israeli and International companies. 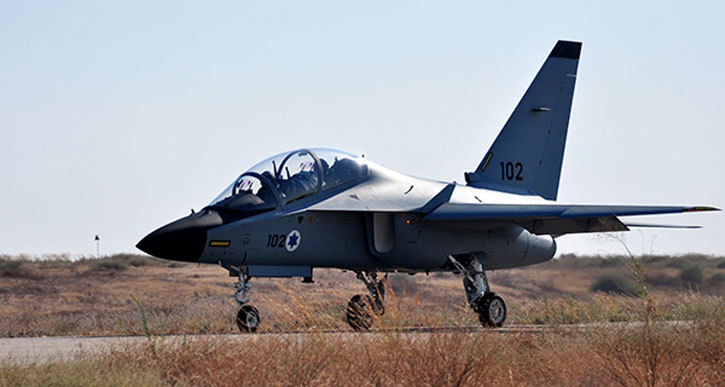