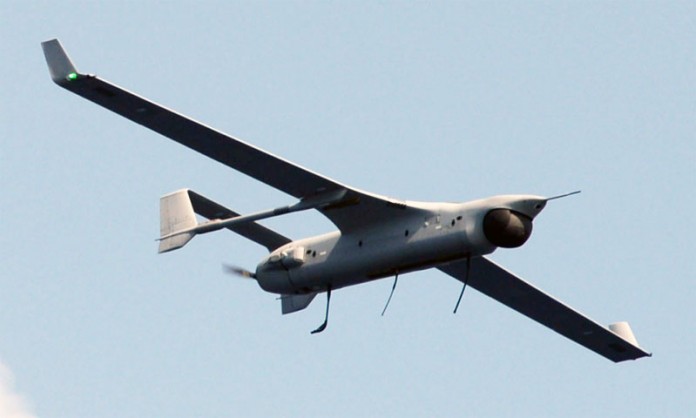 Insitu announced today its Integrator unmanned aircraft has successfully completed a 24-hour flight, demonstrating the platform’s expanded endurance and increased gross take-off weight with payload on board. The flight was one of several planned milestones demonstrating the platform’s increasing payload capacity and endurance, supporting future missions. The Integrator provides the basis for the US Marine Corps’ RQ-21A Blackjack, developed by Insitu under the United States Navy and United States Marine Corps program of record.

With a 40 pound (18 kg) payload capability, the aircraft’s six payload spaces can be customized with cameras, communication capabilities and other payloads to suit different operational needs. Developed as a modular, flexible platform the Integrator has significant growth potential. “We designed Integrator with growth in mind; high fuel capacity, large dedicated payload volumes and an aerodynamically and structurally efficient airframe have all been carefully implemented to allow the platform to change and adjust to our customers’ priorities.” Insitu’s Chief Engineer Peter Kunz explained. “Increasing the Integrator’s gross take-off weight opens up more opportunities for us to integrate heavier payloads while maintaining long endurance for a multi-mission platform” Senior Vice President Insitu Programs Ryan Hartman added.

The Integrator’s payload spaces include the nose bay housing a multi-sensor turret plus additional payload capacity of up to 15 pounds. Another payload space is available at the platform’s Center of Gravity (CG), accommodating payloads of up to 35 pounds. The wing and winglets can also accommodate sensors and other systems, each carrying two and three pounds respectively. Each wing also has a hardpoint carrying up to 15 pounds. Each of those six payload spaces is provided with power and Ethernet connections.