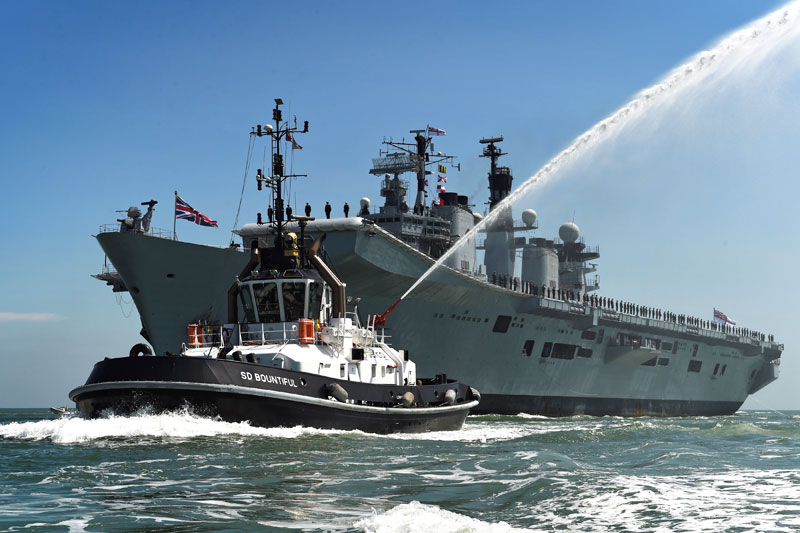 The UK’s largest ever warship, HMS Queen Elizabeth, has been successfully floated out of the dock in which she was assembled. In an operation that started earlier last week, the dry dock in Rosyth near Edinburgh was flooded for the first time to allow the 65,000 tonne aircraft carrier to float. It then took three hours on the 17th of July, 2014 to carefully manoeuvre HMS Queen Elizabeth out of the dock with just two metres clearance at either side and then berth her alongside a nearby jetty.

Teams will now continue to outfit the ship and steadily bring her systems to life in preparation for sea trials in 2016. The dock she vacates will be used for final assembly of her sister ship, HMS Prince of Wales, which will begin in September.

The float out of HMS Queen Elizabeth comes just 13 days after the vessel was named by Her Majesty the Queen in a spectacular ceremony.

HMS Queen Elizabeth and HMS Prince of Wales are being delivered by the Aircraft Carrier Alliance, a unique partnership between the Ministry of Defence, BAE Systems, Babcock and Thales.

Few days later in the waters off the south coast HMS Illustrious and HMS Ocean met yesterday morning (Tuesday, 22 July) and the baton of protecting the UK’s interests handed between the two. HMS Ocean will now go forward as the Royal Navy’s helicopter landing platform. The two ships steamed side by side, in the company of the frigate HMS Lancaster, to conduct the ceremonial handing over of their duties.

HMS Ocean, the Royal Navy’s larger, younger and more capable helicopter carrier has just returned to service following a £65 million refit that lasted 15 months and saw more than 60 upgrades to her flightdeck, hangar and aviation facilities. The carrier is designed to support amphibious landing operations, delivering troops to the centre of the action by helicopter or landing craft. Launched in 1995, the 21,500 tonne Plymouth based ship is Britain’s biggest warship today. The vessel supports six helicopter landing spots on her flight deck, with more helicopters and landing crafts supported in her hangar.

HMS Illustrious, the Royal Navy’s helicopter and commando carrier, which has clocked up 900,000 miles on operations throughout the world during her 32-year career, is being withdrawn from service and will be decommissioned later this year. The second of the Navy’s three Invincible-class aircraft carriers, Illustrious was built by Swan Hunter shipbuilders on the Tyne and launched by Princess Margaret in December 1978. Its two sister ships, HMS Invincible and HMS Ark Royal were decommissioned in 2005 and 2011 and were later scrapped in Turkey. The Ministry of Defence has invited tenders from private companies, charities and trusts to secure HMS Illustrious’ future as the last of the Royal Navy Invincible class carriers. 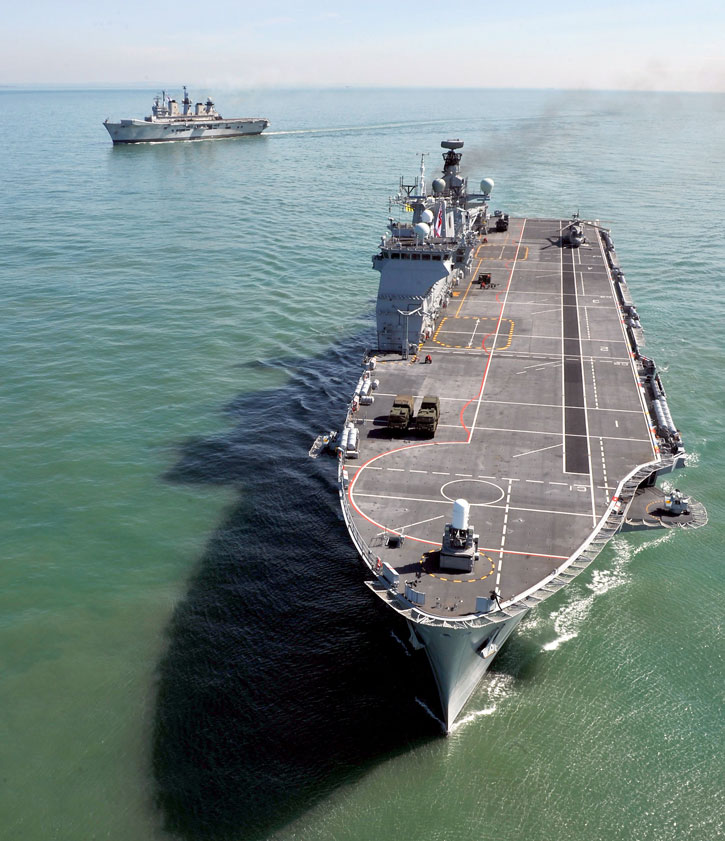 A flypast comprising Apache, Merlin, Lynx and Sea King helicopters flew over the ship as she entered Portsmouth Harbour and dozens of families lined the jetty to cheer home the veteran carrier.