The International Mine Countermeasures Exercise (IMCMEX), the largest naval exercise in the Middle East, involves 44 participating nations from six continents. The exercise began with the Maritime Infrastructure Protection Symposium in Manama, Bahrain, Oct. 27. The exercise is organized and led by U.S. Naval Forces Central Command (NAVCENT), part of the U.S. 5th Fleet, responsible for approximately 2.5 million square miles of area including the Arabian Gulf, Sea of Oman, Gulf of Aden, Red Sea and parts of the Indian Ocean and 20 countries.

IMCMEX is an opportunity for more than 6,500 personnel from navies around the world to hone the intricate defensive techniques necessary to search for and dispose of mines, which represent a threat to all nations worldwide.

In addition to mine warfare, IMCMEX 14 will include drills required to protect maritime infrastructure, such as harbors and oil rigs

“I am delighted that we are hosting IMCMEX here in the Gulf,” said Commodore Keith Blount, Royal Navy, Combined Maritime Forces (CMF) deputy commander and IMCMEX lead. “Freedom of navigation on the high seas and in international straits is critical to keeping the global economy running smoothly. This exercise offers a unique opportunity for nations from across the world to work together to prove our capability to keep the sea lanes open for legitimate trade.”

The initial stages of IMCMEX will take place ashore, allowing participating nations to ensure they can communicate with each other, which is a challenge considering each nation has its own systems. Representatives will then have an opportunity to talk through and plan operations and maneuvers together. Once the task group sails, the ships will practice at-sea mine countermeasure operations as well as maritime infrastructure protection and maritime security operations.

The exercise runs through Nov. 13 and will end with a chance to discuss best practices and lessons learned for future exercises.

“This IMCMEX will continue in its focus on mine countermeasures,” said Blount. “However, it has been broadened to include opportunities for ships’ crews from around the world to conduct maritime security operations such as escorting and defending commercial shipping, as well as carrying out the drills required to protect maritime infrastructure, such as harbors and oil rigs. “The key for me is that this exercise demonstrates that the international community is capable and ready to work together in the spirit of cooperation and partnership,” he added.

As an international task group cannot always rely on support from the shore, the International Mine Exercise Force will test the afloat staging base concept. 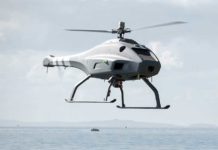 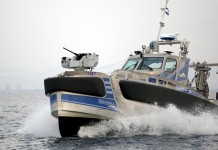