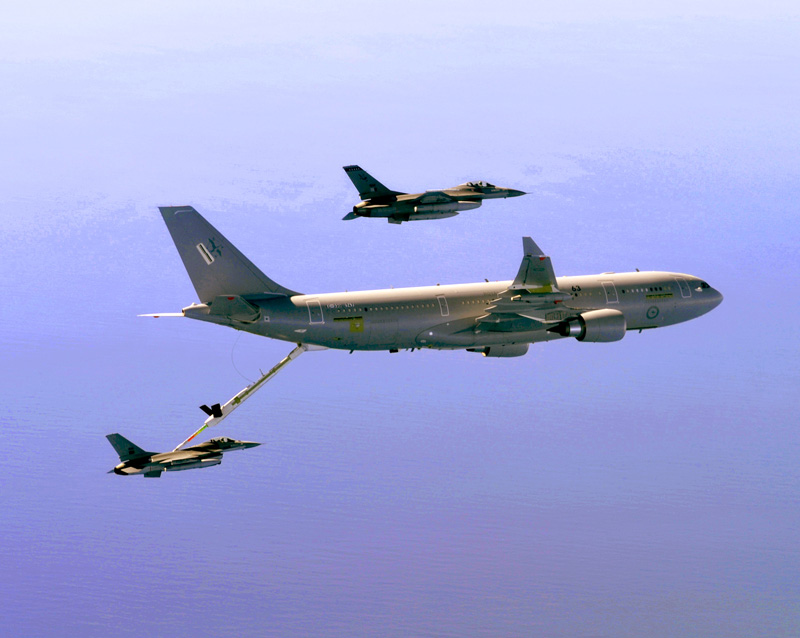 According to Airbus, the contract agreed between the French procurement agency (DGA) and Airbus Defence and Space is now ready for official award. The contract covers the development and qualification of the specific French configuration as well as the associated support and training systems, such as spares, ground support equipment, training devices and five years of in-service support from first delivery.

The A330 MRTT has won every major tanker aircraft procurement competition outside the USA since it has entered the market. France’s choice of the A330 MRTT makes it the sixth nation to order the type following Australia, Saudi Arabia, Singapore, the United Arab Emirates, and the United Kingdom which have ordered a total of 34 aircraft. In addition, India and Qatar have selected the MRTT and are in the final stages of contractual negotiations for six and two aircraft respectively. A total of 22 aircraft are currently in service and the aircraft has been battle-proven in recent coalition actions.

In French service the A330 MRTT will replace the KC-135F currently operated by the French Air Force. The A330 will be powered by Rolls-Royce Trent 700 engines, and be equipped with a combination of the Airbus Refuelling Boom System and underwing hose-and-drogue refuelling pods. It will be configured in a variety of layouts carrying up to 271 passengers or flying MEDEVAC or medical treatment arrangements, including the French MORPHEE intensive care module carrying up to ten patients as well as 88 passengers.