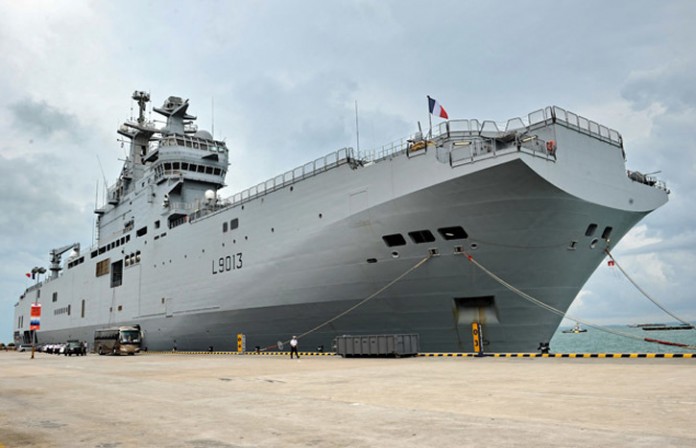 Russia’s envoy to NATO, Alexander Grushko said that Moscow will not rule out legal action against France if it fails to honor its contractual obligation to to deliver the two Mistral-class amphibious assault ships.

Originally scheduled for November 14, the delivery has been postponed, as the ship has fallen under the sanctions imposed by the west on Russia. In October, French President Francois Hollande threatened to suspend the ship’s delivery. Russia has condemned France’s failure to deliver on its contractual obligations, saying Paris would have to pay a large penalty if the deal was cancelled.