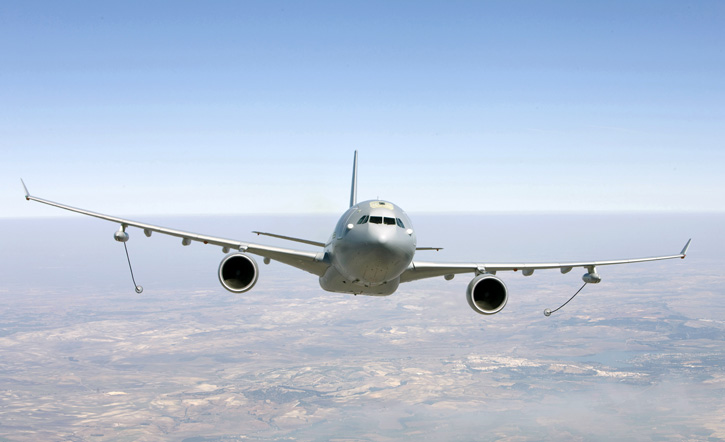 The North Atlantic Treaty Organization (NATO) is establishing a multinational fleet of Multinational, Multi Role Tanker Transport Fleet (MMF), the acquisition of the fleet will be lead by the Netherlands. The decision followed the principal approval of ten European countries which signed the letter of intent to jointly purchase and operate the tanker fleet on November 2012.

The decision to launch the acquisition phase was taken on 21 November 2014, based on a cooperation agreement signed between the NATO Support Organisation and the Organisation for Joint Armament Cooperation (OCCAR) who will oversee the acquisition. OCCAR is also managing two other aviation programs for NATO – the A400M tactical airlifter as part of a joint acquisition program supporting 170 aircraft for Germany, France, Spain, Turkey, UK, Belgium and Luxembourg. Another OCCAR program is the Tiger attack helicopter, supporting French, German and Spanish acquisitions of 184 attack helicopters of various models. Both programs are produced by Airbus Defense and Space.

While the Airbus MRTT is expected to be the favorite, the type and number of aircraft to be procured have yet to be announced. The A330 MRTT is already in service with the UK, where 14 are operated under a private funded initiative (PFI). Last week the French MOD announced the order of 12 “Phoenix” MRTT of a similar model for the French Air Force.

The initiative will increase the air-to-air refuelling capability available for European Nations. The current participating nations include the Netherlands and Norway, both will oversee the acquisition and operational sustainment of the MMF aircraft. The other countries supporting the program are Belgium, France, Greece, Hungary, Luxembourg, Poland, Portugal and Spain. NATO is currently maintaining a fleet of three Boeing C-17A Globemaster III transport aircraft under the Strategic Airlift Capability program launched in 2006.