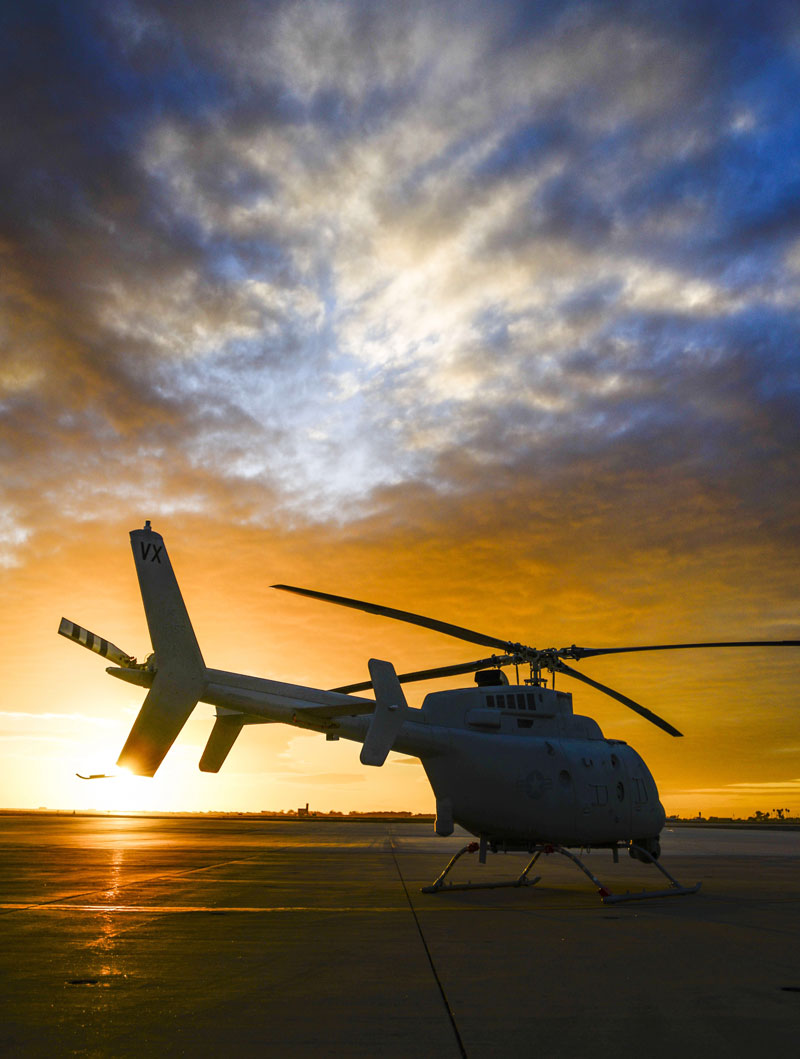 The MQ-8C’s first ship-board flight tests aboard the USS Jason Dunham (DDG 109) will be conducted in the winter of 2015.

Northrop Grumman Corporation (NYSE: NOC ) has delivered the first operational MQ-8C Fire Scout unmanned helicopter to the U.S. Navy. The rotary wing drone is currently based at Point Mugu, CA for evaluations. As part of its operational evaluation t he rotary wing drone will embark on its first ship-board flight tests campaign aboard the USS Jason Dunham (DDG 109) during the winter of 2015.  “The test program will run through the summer as we expect these aircraft to be ready for operations by year’s end,” said George Vardoulakis, vice president for medium range tactical systems with Northrop Grumman.

Northrop Grumman is under contract to build 19 MQ-8C Fire Scouts, including two test aircraft. The Navy plans to purchase 70 aircraft total.  The system will be used by ship-based commanders to improve the Navy’s intelligence-gathering capabilities.

The MQ-8C is an upgraded version of the existing MQ-8B Fire Scout using a larger airframe. It can fly nearly twice as long and carry three times more intelligence, surveillance and reconnaissance payloads. The MQ-8B has recently deployed on the LCS 3 Fort Worth on its first operational deployment with the 7th Fleet in the Pacific Ocean.