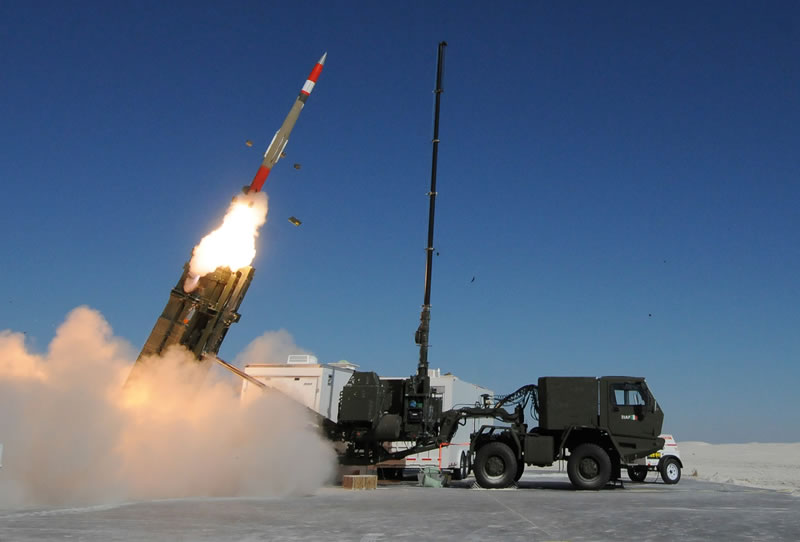 MEADS is currently being evaluated as a candidate for the German Taktisches Luftverteidigungssystem (TLVS), a new generation of air and missile defense that requires a flexible architecture based on strong networking capabilities. MEADS is also expected to become the basis of a national defense system in Italy. Formal decisions are expected from Germany and Italy early in 2015, and a follow‐on plan is being developed for transition.

According to MEADS program management agency NAMEADSMA analysis, MEADS is designed to defend up to eight times the coverage area of existing Patriot systems, with far fewer system assets with significantly reduced demand for deployed personnel and equipment and for airlift. MEADS is also designed for high reliability and needs fewer personnel to operate.

Poland has considering the multinational US-European MEADS program for its medium range air defense system (also known as WISLA). But MEADS has not made it to the finals, as the Poles demanded that only operationally proven systems will be considered (MEADS is still in the development phase).

Although MEADS is ‘over qualified’ for such mission, MEADS International was invited to participate in the technical discussions expected to be held in the first quarter of 2015. “We have built and tested a new generation of networked air and missile defense radars, launchers and battle managers,” said MEADS International executive vice president Volker Weidemann. “MEADS is now ready for continuation programs in Germany and Italy, and for Poland’s Narew program.”

While ‘Narew’ requires less than what MEADS delivers, MEADS officials are confident their weapon system could provide a common system addressing Polands’ short and medium range requirements. ‘If MEADS would be selected for ‘Narew’, we believe Poland could reconsider the system for WISLA as well’ company officials commented.

“The nations recognize the need for a more versatile capability in air and missile defense,” said NAMEADSMA general manager Gregory Kee. “MEADS is designed to be flexible, agile and lethal against the evolving threats our adversaries are developing.”

The U.S. Army Aviation and Missile Research, Development and Engineering Command has recently reviewed the program to respond to interest within the US Department of Defense in leveraging MEADS technology. MEADS represents a $4 billion effort to develop, implement and prove next-generation air and missile defense system technology.