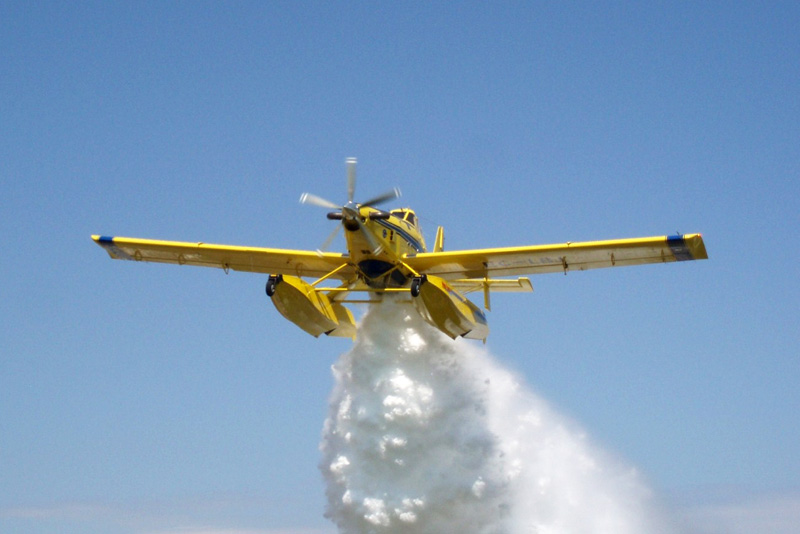 Elbit Systems Ltd. announced today that it was awarded an approximately $100 million contract from the Israeli Ministry of Defense (IMOD) to procure six new firefighting aircraft and operate the firefighting squadron, which will consist of a total of 14 aircraft, including eight aircraft previously procured by the company.

The contract, to be performed over an eight-year period, also covers flight hours, infrastructure upgrade, maintenance, airstrip operation, handling of fire retardants and other aspects of operating the squadron.

The Elad firefighting squadron was founded in 2011 following the disastrous Mount Carmel forest fire that claimed 44 lives, making it the deadliest in Israeli history. One of the victims was the fire scout Elad Riben.

Since then, Elbit Systems has been cooperating with the IAF, firefighting units, the Jewish National Fund and the Israel Nature and Parks Authority in developing the squadron’s operational procedures and qualifying designated airstrips. The aircraft will be flown by CHIM-NIR’s pilots, the project’s subcontractor.

Since its inauguration in 2011, the firefighting squadron has performed over 4,600 missions, accumulated over 2,500 flight hours and has helped extinguish over 500 potentially destructive fires across the country, providing a prompt and professional solution.