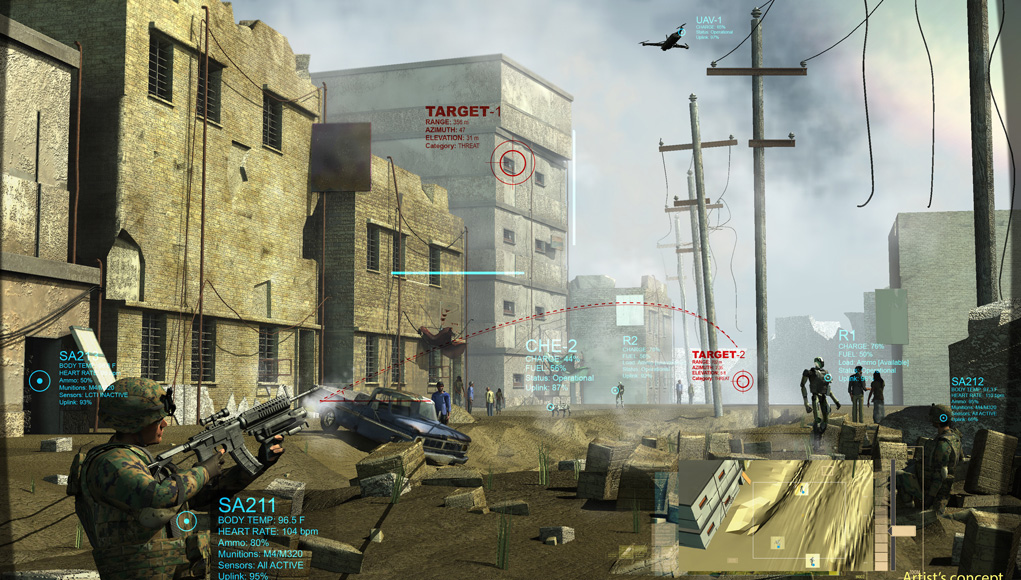 Warfighters in aircraft, on ships and in ground vehicles have benefited tremendously from technological advances in recent decades, with advanced capabilities ranging from real-time situational awareness to precision armaments. But many of these benefits depend on equipment with substantial size, weight and power requirements, and so have remained unavailable to dismounted infantry squads who must carry all their equipment themselves. This gap leaves squad members without the degree of real-time situational awareness and support for decision-making that warfighters typically experience while on board aircraft and ships and in vehicles.

“We are working towards advanced capabilities that would make dismounted infantry squads more adaptable, safe and effective”

“SXCT aims to help dismounted infantry squads have deep awareness of what’s around them, detect threats from farther away and, when necessary, engage adversaries more quickly and precisely than ever before,” said Maj. Christopher Orlowski, DARPA program manager. “We are working towards advanced capabilities that would make dismounted infantry squads more adaptable, safe and effective.”

SXCT is seeking to introduce overwhelming tactical superiority at the small-unit level by enabling squad members to more quickly and effectively collect, synthesize and share data about their fellow members, their environment and potential threats without increasing physical or cognitive burdens.

Among the areas included in the program are:

DARPA has scheduled a Proposers Day on Friday, February 27, 2015 to discuss the program with potential participants. In addition to the regular performers the agency invited ‘non-traditional performers’, including small businesses, academic and research institutions and first-time government contractors to participate. Special Notice document announcing the Proposers Day and describing the specific capabilities sought is available here.