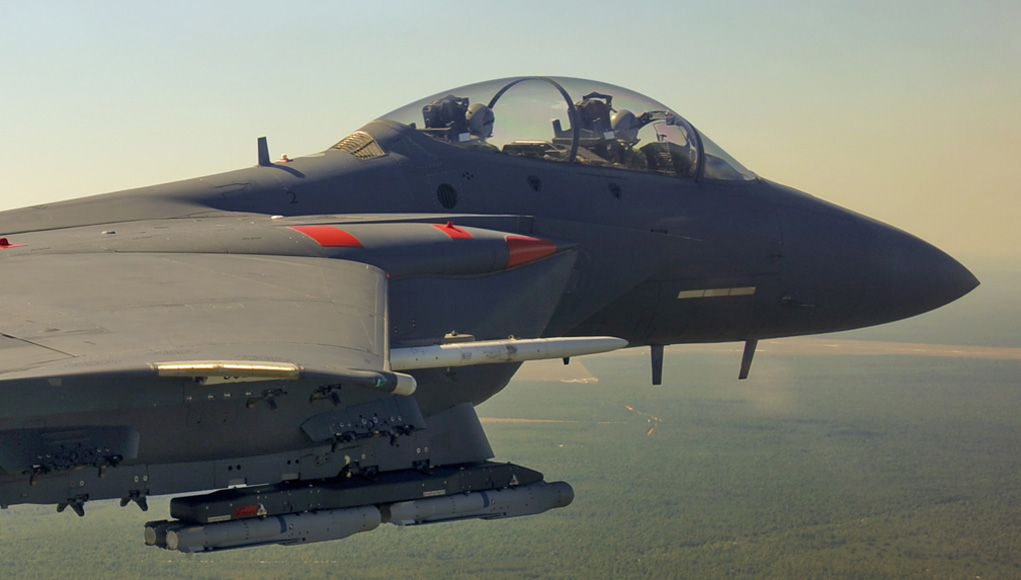 In September ’14 the weapons scored three direct hits against stationary and moving targets, using SDB II’s Guided Test Vehicle (GTV). In the recent flights live warheads replaced the GTV  telemetry payloads, proving the weapon’s end-to-end tactical configuration that will be delivered to the U.S. Air Force and Navy. Raytheon is planning to continue to execute GTV and live fire flight tests in the coming months, as the program enters LRIP.

The weapon can strike targets from a range of 45 nautical miles, with a dynamic warhead that can destroy both soft and armored targets, while keeping collateral damage to a minimum through a small explosive footprint.

The Department of Defense has validated SDB II as a weapon that meets a critical warfighter need and has invested more than $700 million in the SDB II program. The U.S. Navy and U.S. Air Force have begun SDB II integration activities on the F-35, F/A-18E/F and F-16 aircrafts.