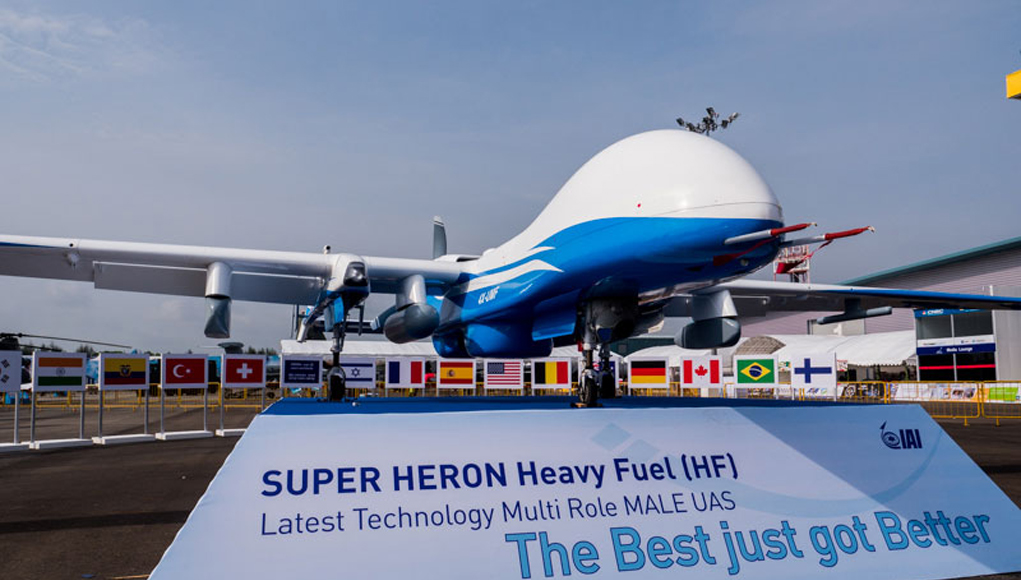 Shadowed by the huge growth in defense acquisitions from the US, Israel remains one of the fastest growing defense suppliers in India, a position that is particularly impressive given the fact that Israel is not selling India the main platforms, but the systems and subsystems that are critical for their operational success.

While India is relying on the US for its transport planes, helicopters and maritime surveillance, and Russia providing the combat aircraft, armored vehicles and naval vessels and submarines, Israel has been providing systems that empower those platforms. Among the systems Israel has provided India since 2004 were advanced airborne early warning and control (AEW&C) systems integrated into Russian hmodified IL-76MD transport planes. India is interested in acquiring two additional Phalcon AEW&C and four EL/M-2083 aerostat borne radars, in a deal worth almost $1.5 billion.

This deal is one of the topics discussed during the visit of Israel’s defense minister Lt. General (ret) Moshe Yaalon in India this week. Past Indian procurements in Israel also included air defense systems and electronic warfare systems installed on Russian and Indian naval ships, targeting pods carried by most of the Indian front line fighter jets, avionics and weaponry adapted to existing fighter jets, extending the operational capabilities of the country’s aging fleets of Sea Harrier and Jaguar and Mi-24 attack helicopters, as well as modern electronic systems upgrading hundreds of Indian T-72 Main Battle Tanks. Other systems provided by Israel were not easily available elsewhere – including aerial refueling systems, anti-ballistic-missile radars and aerostats, designed to provide ad-hoc aerial surveillance of specific areas.

Although India recognized Israel in 1950, it remained politically ‘non-aligned’, until the early 1990s, when the two countries forged closer defense relations. It was only in the late ‘90s when the Indian-Israeli relations reached their full scope. In the 2000s India became the largest customer for Israel’s defense exports. Although the pace of new business slowed down in recent years, the volume of deals, and ongoing cooperation programs maintained the Israeli momentum in India.

Initially ‘testing the friendship’, India has acquired limed numbers of systems, such as ground surveillance radars, with Israel’s defense leaders IAI, Elbit Systems and IMI paving the roads into the Indian market. The turning point was the Kargil War of 1999, a conflict that broke out between India and Pakistan, both were already nuclear powers at the time. During the conflict that lasted about two months Israel supported India sending ammunition, and unmanned aerial systems (UAVs). The Indians appreciated the Israeli effort and have expanded defense relations with the Jewish state ever since, despite criticism from left wing and Muslim opposition.

Last year Indo-Israeli relations boosted even further, with the election of the right wing Bharatiya Janata Party (BJP), lead by Narendra Modi as prime minister. Members of the new government, especially Modi, have expressed their support for Israel in the past and in the short term since their election have opened several ‘bottlenecks’ that plagued defense business with Israel for years. These included two contracts worth over $600 million, the order of 262 Barak I naval air defense missiles long required for the Indian Navy. With delivery scheduled for December 2015, 14 ships that presently lack missile systems will be outfitted with the Barak-1. The procurement of those missiles was delayed for years by an investigation of corruption that was proven groundless by the Central Bureau of Investigation (CBI). However, it took the Indians almost a year to clear the Barak deal.

The second major announcement was the Indian decision to acquire more than 8,000 Spike multi-purpose missiles, to be used as a replacement for the aging Milan. Although the Spike was selected as the only missile fulfilling the Indian requirements, final decision had been stuck since 2010, as the US proposed the Javelin under the Foreign Military Sales (FMS) Government-to-Government. This effort delayed the Indian decision for four years, but the Indian stand did not change. The Indians favored the Israeli missile over the US Javelin, primarily due to the potential of local production and technology transfer, a factor that was a major focus for Indian decision makers in their acquisition decisions from the western world.

Israel and India are enhancing their cooperation on counterterrorism. The Mumbai attack, and growing threats of jihadist terrorist movements and radical movements originating in the Middle East are spreading to Asia and India, with its large Moslem population could benefit from such intelligence cooperation. Part of this effort has been ongoing for years, equipping Indian special-forces and counter terrorism units with Israeli weapons such as Tavor Assault Rifles, Negev and B-300 rocket launchers.

Cybersecurity has recently become a major field of cooperation, as the two countries are tightening their cooperation in this field. These activities are aimed primarily at government establishments and corporations, Israel has already implemented such defensive measures and a linkage between the two countries could benefit India, providing early warning and higher security levels. Israel could benefit from deployment of security measures on a larger scale, contributing to better coverage of potential threats.

Israel is attentive and open to India’s priority on technology transfer. In fact, this attitude was reflected with Israel’s Prime Minister Benjamin Netanyahu that expressed Israel’s readiness and willingness “to discuss transfer and development of technologies with India.” He further added that, “Israeli industries, including the defense industries, could ‘make in India,’ and thereby reduce costs of manufacturing products and systems developed by Israel.”