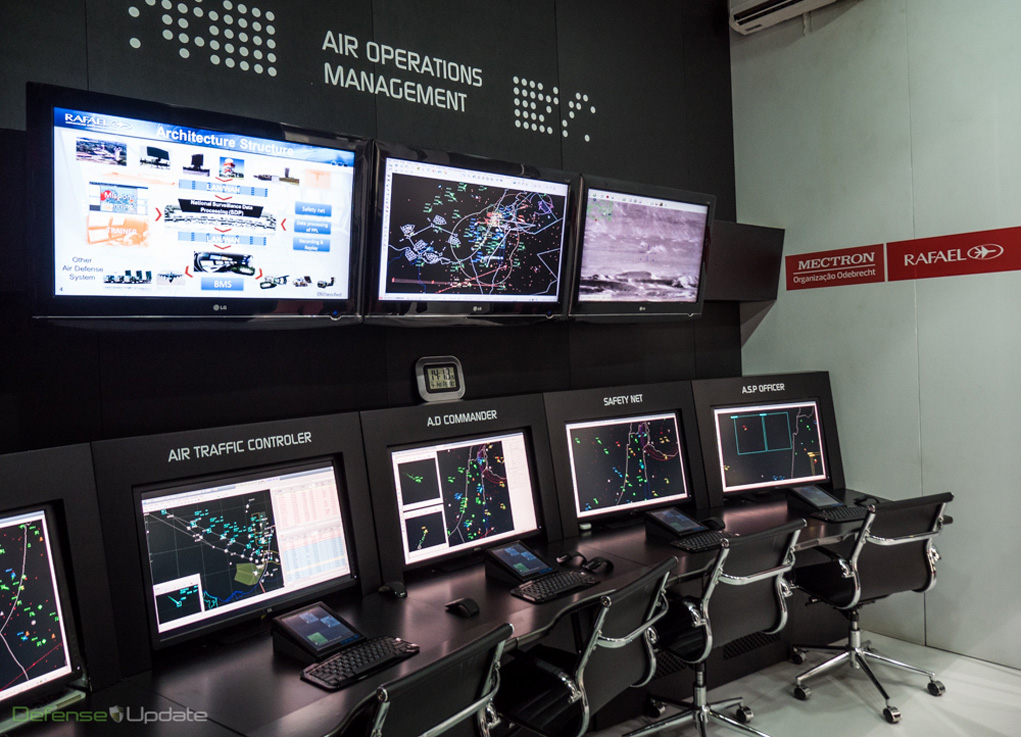 Controp, an EO payload specialist from Israel, is introducing the Airborne Surveillance Mission System (A-SMS), a generic Intelligence, Surveillance and Reconnaissance (ISR) kit designed for light helicopters. The system has already been certified by the Brazilian Civilian Aviation Authority (ANAC) for the AS350/355, widely used by police and government agencies in Brazil. The kit enables an efficient conversion of helicopters used for law enforcement into advanced EO/IR surveillance mission configuration. The includes a choice of gyro-stabilized payloads, including high performance, Full HD TV and FLIRs, an on-board display, digital video recorder and control unit employing a moving map and augmented reality display. A special feature of A-SMS is the inclusion of a searchlight that can be ‘slaved’ to the payload’s line of sight, automatically illuminating the scene being observed. The system was developed and certified in Brazil by TAM Aviaco Executiva and Taxi Aero and will be supported in country by TAM Aviacao.

Another system supporting aerial surveillance is A3 Edge and MIST, from VisionMap. VisionMap – Combining vast area coverage with extremely high-resolution, MIST identifies the smallest objects of interest. Thanks to its compact size (11kg) and autonomous operation, MIST is ideal for use on manned as well as unmanned aircraft, providing safe access to required information. MIST imagery is processed in a fully automatic manner, producing high quality, accurate data for various applications. The MIST system is comprised of two models, color and thermal, delivering a complete picture of the target area.

At LAAD 2015 VisionMap is introducing the new 3D Edge enabling the automatic creation of three-dimensional models from the imagery collected by MIST or A3 edge. “This capability has immense importance for our customers” said Marcelo Rubin, VisionMap’s VP Marketing & Sales, “significantly improving the planning of various types of ground missions, calculating line of sight, measuring openings such as doors and windows as well as heights of buildings or walls, etc. In addition, the system can be used in the preparation of Safe City Projects when performing an analysis of which areas are covered by cameras and which are not.”

ImageSat International is unveiling at LAAD the a portable terminal providing access to 70 cm resolution imagery obtained by the EROS B satellite operated by the company. The terminal is coupled to a portable Mini-Terminal (MiniTer) supporting real-time downloading of data from the satellite. According to Rani Hellerman, Vice President for Business Development, the EROS B MiniTer solution is unveiled at LAAD for the first time. Fully deployed within one hour it allows direct downloads from the satellite to any location. It combines a 1.5m or 2.4m X-band antenna system designed by ORBIT Communication Systems with a processing unit developed by ImageSat. Specially designed to meet the needs of EROS B customers. The lightweight MiniTer receives X-band signals when the EROS-B satellite passes within a 2000-km radius footprint of the MiniTer’s location.