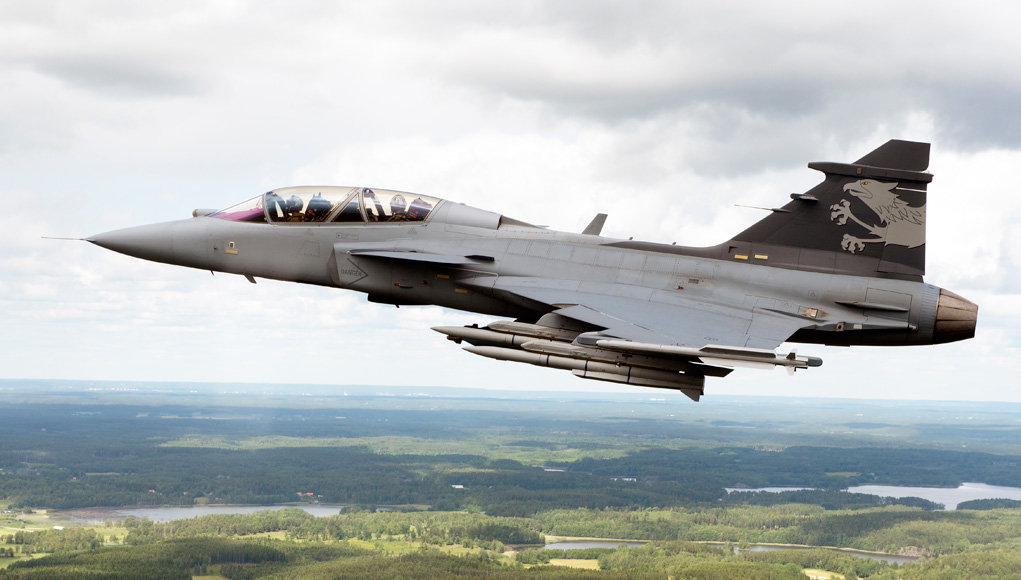 Selex ES announced it has signs contract with Saab for the supply of 60 Skyward-G InfraRed Search and Track (IRST) Skyward for Saab’s Gripen E. The new systems will equip the Swedish Air Force’s Gripen E fleet. Saab is developing the new version for the Swedish Air Force. Skyward-G can silently detect threats, at beyond-visual range without relying on active (radar) emissions that could betray the aircraft’s intentions and position to hostile forces. With the IRST a Gripen can detect and track enemy targets, including aircraft, naval vessels and ground vehicles. The system can also complement the radar by tracking the heat signatures of stealthy targets that are not visible or trackable by radar.

Finmeccanica– Selex ES also provides the fighter aircraft with the Raven ES-05 AESA (active electronically scanned array). The production contract for the radar was signed in July 2014. Finmeccanica – Selex ES’s participation in the Gripen NG programme dates back to 2009, when an agreement was signed with Saab for the development of the Raven ES AESA radar. This was followed in 2010 by the selection of the Skyward-G IRST sensor and the IFF system. A production-standard Raven AESA radar is now installed on Gripen demonstration aircraft. Flight testing of the radar with the Skyward G IRST have been underway since March 2014, achieving excellent results and demonstrating the value of a passive sensor as an integral part of a weapons system. With the Raven ES-05 radar, Skyward-G and Mode 5 Identification Friend/Foe (IFF) systems Finmeccanica– Selex ES already provides about 30 percent of the next-generation Gripen’s electronics. In addition, Saab is also offering the BriteCloud Expendable Active Decoy (EAD) as an electronic warfare option for the Gripen E. In 2013 Saab teamed with Finmeccanica– Selex ES becoming the first partner to offer the new decoy as an electronic warfare enhancement option on all Gripen aircraft. (Continue reading)