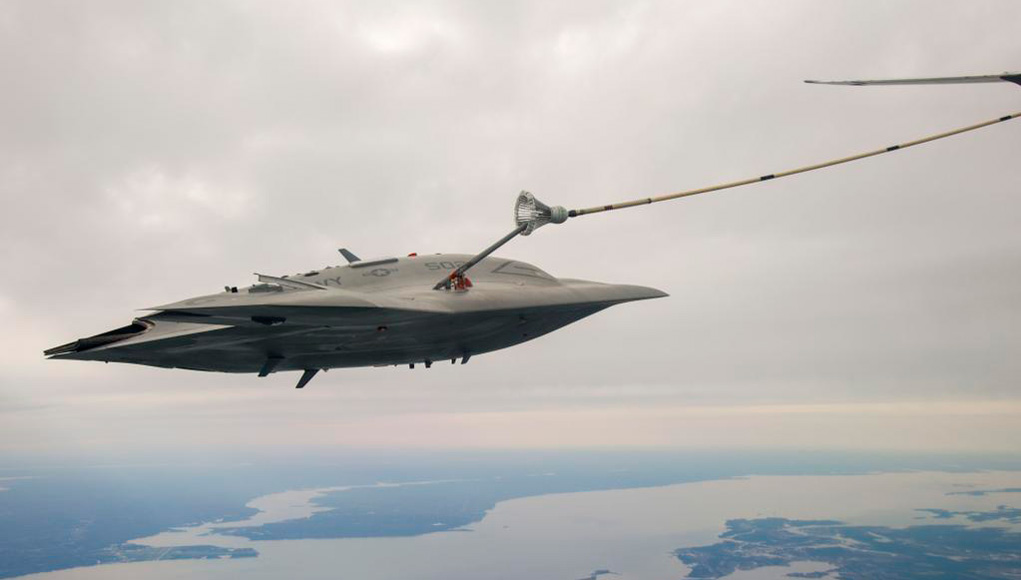 A new milestone in the history of unmanned aircraft was made yesterday, as ‘Salty Dog 502’ the first drone designed to operate from US Navy carriers linked to adrogue of an Omega tanker off the coast of Maryland. Although an autonomous aerial refueling between two unmanned aircraft has already been demonstrated by DARPA in 2012, (involving two RQ-4 Global Hawk drones) the recent demonstration represented the first time such operation was performed with standard refueling assets regularly used for manned aircraft.

The autonomous aerial refueling (AAR) tests performed by the Unmanned Carrier Air Vehicle demonstrator (UCAS-D) this month represent the finale of this ambitious program, Naval Air Systems Command said this week. Following these tests the two X-47B unmanned aerial vehicles built by Northrop Grumman will be sent to museums or rest at the boneyard at Davis Monthan Air Force Base, Ariz., as the Navy’s UAS section, PMA-268 is focused on the next generation program – the Unmanned Carrier Launched Surveillance and Strike (UCLASS). The contract funding these refueling tests will end in June 2015.

Despite call in Congress to extend testing on the Northrop platforms, the Navy said the two programs are different and the costs involved in converting the UCAS-D to meet UCLASS requirements would be prohibitive, within the current program budget.

NAVAIR said the scope of the planned testing included the catapult launch and arrested recovery aboard a Navy aircraft carrier — both which occurred on the USS George H.W. Bush (CVN-77) in 2013 — as well as an autonomous aerial refueling test.